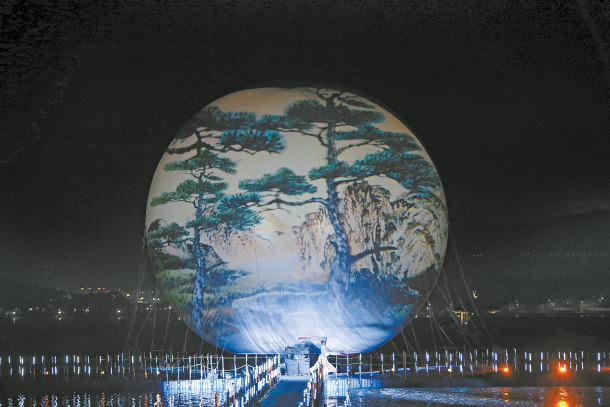 A full moon-shaped installation on Gyeongpo Lake in Gangneung, Gangwon, is illuminated every evening during the Olympics. [KIM CHUL-HO]

An array of cultural programs are being held across Pyeongchang and Gangneung, in Gangwon province, in tandem with the 2018 PyeongChang Winter Olympics which kicked off on Feb. 9. Dubbing the collection of events the Culture Olympiad, the Ministry of Culture, Sports and Tourism has lined up a diverse range of cultural programs in the area to create a festive atmosphere during the Games, while inviting foreign visitors to enjoy the variety of cultural events that Korea has to offer.

“We are taking this opportunity to show the world Korea’s diverse and creative culture,” said an official from the culture ministry. “In order to allow visitors from overseas get a good glance of the rich culture of Korea, we made sure that there is something to enjoy everyday throughout the Olympic Games.”

The Korea JoongAng Daily picked out 10 events that are worth a visit. Tickets and more details of all the programs are available at the official homepage of the PyeongChang Culture Olympiad at www.culture2018.com/en/ and its blog at blog.naver.com/2018cultureolympiad. 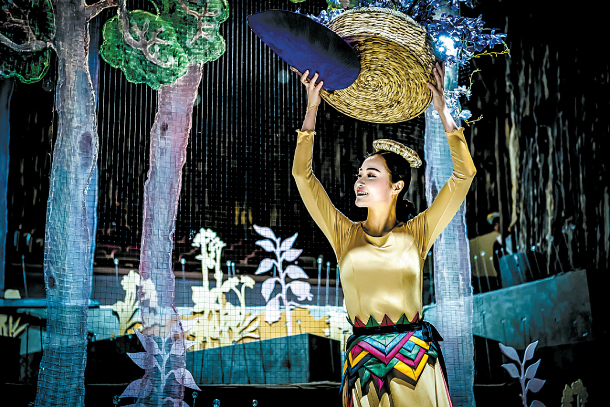 Until Feb. 24 at the Gangneung-Wonju University’s Haeram Culture Hall, a non-verbal performance showcasing Korea’s traditional dance, music and cutting-edge technology, shown as a part of Gangwon province’s Dano Festival will be staged daily. The festival is intrinsic to Gangwon’s local culture and has been recognized as a Unesco Intangible Cultural Heritage of Humanity. Dano is a Korean traditional holiday that falls on the fifth day of the fifth month of the lunar calendar, and the festival is held in celebration of the holiday.

Titled “Scent of Thousand’s Year,” the performance breaks down the boundaries between the stage and the auditorium, inviting audience members to take part in this immersive show. The seats are divided into eight sections and the audience members are invited to sit while wearing masks. Colorful lights and innovative stage techniques all help to tell the traditional story. 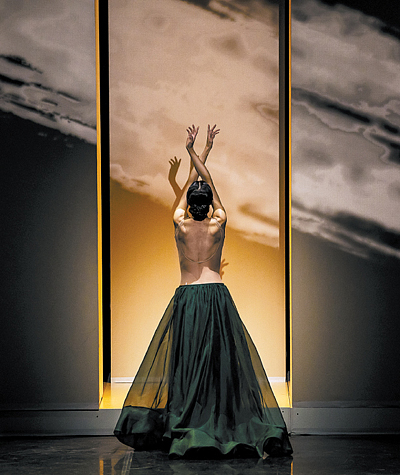 The Korean National Ballet will be staging a modern ballet performance inspired by Joseon Dynasty (1392-1910) era female poet Heo Nan Seol Heon’s life and her two major poems, “Gamwoo” and “Mongyugwangsangsan.” Choreographed by Kang Hyo-hyung, the performance was staged in Seoul last year and received great reviews from critics. Although the show is distinctly a modern dance performance, traditional Korean dance moves are also included in the choreography.

The show starts at 7:30 p.m. at the Gangneung Arts Center. The performance is free, however, seats must be reserved in advance via the Culture Olympiad’s official website.

K-pop concerts are certainly included in this array of cultural performances for the PyeongChang Olympics. A number of K-pop artists will be visiting Pyeongchang to add to the festive mood during the international sporting event. There have been two concerts held so far, and another is scheduled to take place this upcoming Saturday.

The concert starts at 6 p.m. The show is free and up to two tickets can be reserved.

Every night until Feb. 25, a sculpture of a full moon installed on the Gyeongpo Lake in Gangneung will be lit up for onlookers to enjoy. According to the organizers, the sculpture is a media art installation created in appreciation of the moon and the many tales about it. The moon illuminates after sunset and stays on until 10 p.m.

Meanwhile, a light show will be held for 10 minutes every hour, from 7 p.m. to 10 p.m. Measuring 15 meters in diameter, the full moon installation sits on the lake and a 70-meter-long bridge has been installed so that visitors can walk closer to the structure.

During the Olympic Games and the Paralympic Games, which starts on March 9, the Solhyang Arboretum in Gangneung will light up every evening. The green arboretum transforms into a colorful light park at sunset. Visitors can walk through the whole arboretum - a stroll that will take about 90 minutes to complete.

The light show starts at 6 p.m. and ends at 10 p.m. There’s a section open to anyone who visits, but a reservation is required for a free guided tour.

At the Gangneung Green City Experience Center, which is located about a 10-minute-drive from the Gangneung KTX Station, visitors can enjoy artwork presented by both Korean and international artists, including big names like the Swiss artist Thomas Hirschhorn and Lebanese filmmaker and artist Akram Zataari. According to the biennale’s art director Hong Kyoung-han, the event attempts to reflect the “faces of evil” through the work and perspectives of the participating artists.

The Gangwon International Biennale continues through March 18. Admission is free. 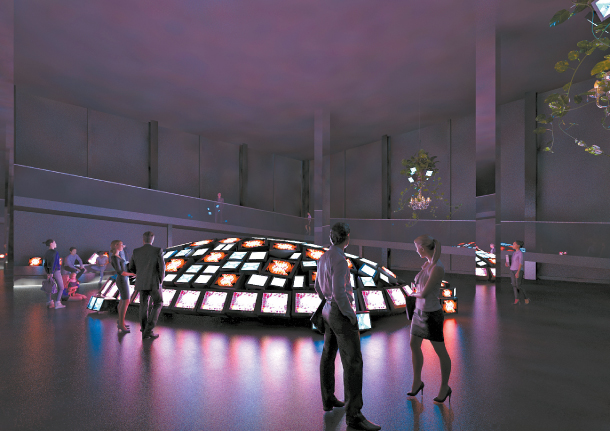 The works of highly-acclaimed Korean video artist Nam June Paik (1932-2006) are on display at the PyeongChang Olympic Plaza’s Culture-ICT pavilion. Until the end of the Olympic Games and then again during the Paralympic Games, the exhibition space invites visitors to enjoy 10 of Paik’s quintessential works, including “Turtle,” “M200” “Love is 10,000 miles.”

Other artists’ works are also on display, including paintings from renowned artist Kim Whanki and more, allowing visitors to witness the overarching aesthetics and trends of the Korean art scene.

Entrance is free if you have tickets to the PyeongChang Olympic Plaza or an event on the day you visit.

Designed to promote the diversity of Gangneung’s local culture to the world during the Winter Olympics, the city has organized a culture festival offering numerous traditional events that visitors can take part in. There will be the a parade, a nongak (a dance that is traditionally performed by farmers) performance, a mask dance and much more held on the city’s Wolhwa Street.

At the Daedohobu Office, numerous traditional games will be available for visitors to learn about and play. Foreign visitors can also try out hanbok (traditional Korean dress) here and take photographs.

The festival ends on Feb. 25. For more information about the festival, visit www.gnwelcome.kr.

Visitors can take this opportunity to create a traditional Korean craft and take it home as a souvenir. At the PyeongChang Olympic Plaza’s Traditional Experience Booth, visitors can try out making traditional crafts such as plaster air fresheners, mother of pearl medals, woodprinted eco bags and much more.

According to organizers, the program is intended to introduce various elements found in Korean traditional paintings, such as flowers, trees, butterflies and landscapes. 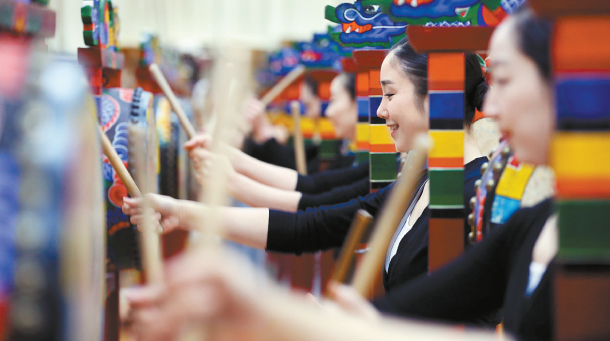 A traditional performance showcasing Korean performing arts, such as ogomu (a traditional dance involving five drums), pictured above, pansori (traditional narrative singing) and many more that have been put into the tale of Simcheong will be performed on Wednesday and Thursday at the Gangneung Art Center. [YONHAP]

The performance will be staged at the Gangneung Arts Center’s Saimdang Hall. The show, which is provided for free, starts at 7:30 p.m.