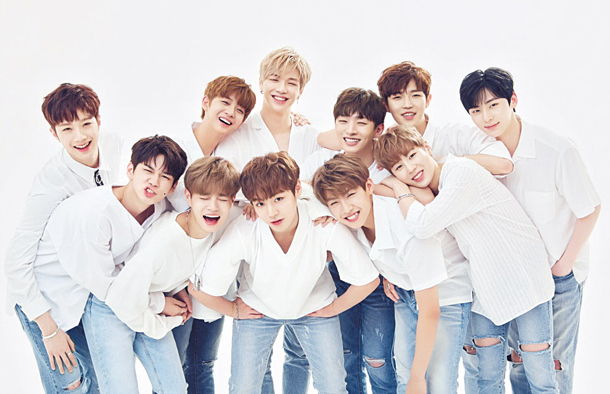 Boy band Wanna One will release a new album next month, its management agency said Tuesday.

YMC Entertainment said the 11-member project group recently finished filming a music video for its new song and that the album will come out on March 19.

Last week, it unveiled another set of teaser images in which the members were wearing gold rings.

The boy band, comprised of the 11 winners of the popular music competition show “Produce 101 Season 2” on music cable channel Mnet, as chosen by viewers.

The band dropped its first album “1X1=1 To Be One” in August in one of the biggest debuts of any K-pop act. The album sold 741,546 copies and the repackaged album “1-1=0 Nothing Without You” sold 614,072 copies, a remarkable number for a debut album in K-pop history.