Staring at the sky

Staring at the sky 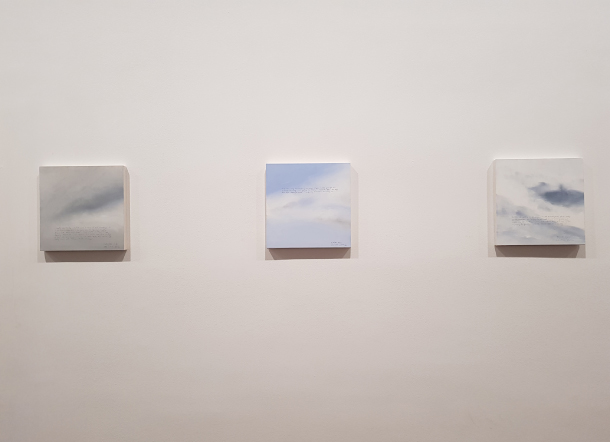 American artist Byron Kim’s series titled “Sunday Paintings” are now on view in the K2 building of the Kukje Gallery in central Seoul. They are part of Kim’s solo show “Sky” at the gallery. The artist has been doing the series since 2001, making a painting of the sky every Sunday. On the surface of every painting, the artist has written a short diary-like writing, while recording the specific time and place of the sky he is depicting. Some viewers might see the works as a series of visual poems, recalling short Modernist poems by Ezra Pound or William Carlos Williams. In fact, Kim majored in English literature at Yale University and began writing poems at the time. “But there were so many good writers there,” the artist said in a press meeting at the gallery early this month. “I found contemporary art and felt this is what I can do better.” He is currently a Senior Critic at Yale University’s School of Art.