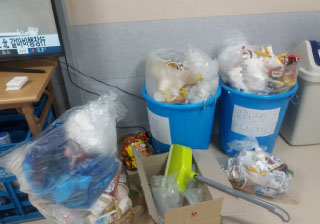 “Spectators give up attending games due to worse traffic congestion.” “Tourists suffer from high prices.” “Scalper’s tickets sold as high as 40 times the original price.” “Economy hurt by huge deficit.”

During the 1994 Lillehammer Winter Olympics, media around the world published negative stories. But 24 years later, the Lillehammer Olympics is remembered as one of the most successful events in history. Learning from 1992 Albertville Olympics in France, considered an environmental disaster, environmental concerns are now central to the Olympics, and Norway changed the identity of the Games.

In Lillehammer, a cave was dug in the mountain to build an ice hockey arena to protect the ecosystem, and environmentally friendly disposable plates and cutlery made from potato starch were used. At the perfectly “green Olympics,” the granite waste from the construction of ski jump stands were sold as souvenirs. Naturally, it involved a tremendous budget. The cave arena cost twice as much as a regular stadium construction. It required few maintenance costs for heating and air conditioning and was cost-efficient in a long run. The Lillehammer Olympics showed a vision for the environment, and, despite complaints during the event, it is remembered as an event that began a new era for the Olympics.

How about the PyeongChang Games? Among the five visions of culture, economy, environment, information and communication technology (ICT)and peace, the government emphasized the peace message, and there were concerns before the opening. But once the Olympics began, the Olympic spirit displayed by the athletes, thorough preparation by the organizing committee and the efforts of the volunteers drew praise.

Foreign press have even complimented the progress of the Olympics, and a Canadian newspaper wrote, “The problem with Pyeongchang is.. There aren’t any problems.”

However, I still had some regrets when I visited Pyeongchang. Among the five goals, I did not find one vision that could be imprinted to people around the world. For instance, the eco-friendly pavilion promoting an environmentally-friendly Olympics can be found at the Gangneung Olympic Park. But when you visit a nearby restaurant, you will find disposable plates and cutlery.

The International Olympic Committee (IOC) recommended using disposable items for sanitary reasons and the environmental impact of setting water pipes for the temporary structure. The Organizing Committee expects the PyeongChang Olympics to be the first Olympic event to produce zero greenhouse gas emission.

But for me, the environmentally-friendly Olympics did not sink in because I was distracted by so many disposable products. I wonder if there were no other creative solutions. What will Pyeongchang be remembered for?