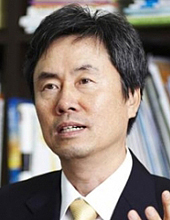 According to a report from the United Nations Conference on Trade and Development (Unctad), the global flow of foreign direct investment (FDI) fell for two consecutive years. It is a stark difference from last year’s forecast of a 10 percent increase in foreign investments. There are rising concerns over the possibility of the world economy staggering as it is based on global value chains structured around international supply and demand. Amid apprehensions about where the future lies, nations are fiercely competing against each other to host the influx of foreign direct investments.

In times when countries are ramping up the race for FDI, South Korea has been able to maintain an upward momentum for the past five years. In 2017, Korea had a record FDI inflow of $22.9 billion. However, these investments have been made predominantly on specific sectors within industries, such as information and communication technology (ICT) and semiconductors. The importance of FDI in other sectors of the manufacturing industry, aside from ICT and semiconductors, is becoming more apparent every day.

One of the most direct and visible effects of FDI is increased employment. The impact of FDI on jobs can be up to tens of times greater than that of a single company with direct employment. The value of FDI is even greater if one looks at the far-reaching effect of investment on the overall competitiveness of industries and their ecosystem. In the manufacturing industry, the impact of FDI does not end in just visible outcomes such as investments in facilities or direct hiring of employees. FDI reaches all the way to small and medium suppliers within the supply chain and even goes as far as improving the local economy as a whole.

Recently, the media has reported that GM Korea requested the Korea Development Bank (KDB), its second largest shareholder, to participate in recapitalization to turnaround its business. The recapitalization amount is said to be 3 trillion won ($2.77 billion). This is a significant amount of capital considering that it is one eighth of the total FDI invested in Korea last year. Even when one looks at the amount that will be invested by GM alone, which is the largest shareholder of GM Korea, it is equivalent to a tenth of the total FDI in 2017. According to the Ministry of Trade, Industry and Energy, GM Korea’s suppliers hire 156,000 employees, of which GM Korea’s parts manufacturers hire approximately 140,000. The reality is that this investment alone will secure tens of thousands of jobs within the industry.

Not only is FDI responsible for direct and indirect employment, but also numerous small and profitable suppliers who are connected to foreign invested companies via its supply chain. FDI allows these suppliers to gain access to the international export market via a network of global manufacturers. It gives suppliers a chance to enhance its competitiveness and increase the product quality to a global standard. It is not an understatement to say that these small and profitable businesses have been the foundation of Korea’s manufacturing industry at times when it has been criticized for its ‘high cost, low efficiency’ structure.

Foreign direct investment will be ever more important in strengthening the industrial competitiveness due to its far reaching impact in the industry and business ecosystem as a whole. Korea is expected to approach the $30,000 mark in per capita income in the near future.

As we plan for further economic growth, we must attentively look into future oriented FDIs in the manufacturing industry and its infrastructure, which will act as a solid foundation for the fourth industrial revolution. Given strong competition coming from developing nations, armed with low labor costs and substantial government support, it will not be easy to host such investments with just incentives alone.

We must actively pursue ways to host more FDIs, to alleviate the uncertainty revolving around regulations in key areas, while establishing specific roadmaps to promote growth in each industry. At the same time, it is important to reevaluate the principles behind these policies to make sure that domestic companies are not unfairly disadvantaged.

The government needs to receive specific business plans from these foreign invested companies to ensure that their business in Korea will be viable and sustainable.

*The author is a member of the National Economic Advisory Council and professor of management at Catholic University of Korea.