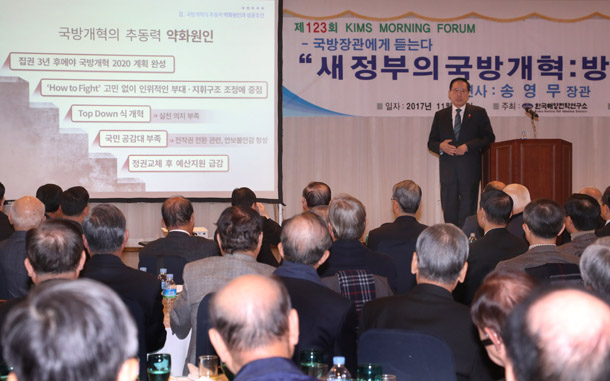 “Amateurs talk about tactics, but professionals study logistics,” said General Robert Barrow, U.S. Commandant of the Marine Corps from 1979 to 1983. He joined the Marine Corps in 1942 and served through World War II, the Korean War and the Vietnam War. The wisdom he learned from countless battles is that logistics, supply and munitions are what matter in winning a war.

The U.S. Forces focus on logistics more than other countries. In the 1991 Gulf War, VII Corps, which consisted of U.S. and British armored units, fought ground battles against Iraqi forces and used more than 8.3 million liters (2.19 million gallons) of fuel and 2,250 tons of ammunition. To transport such a huge volume, the U.S. Forces mobilized more than 37,000 trucks. The number of tanks used in battles was less than 2,000. Lieutenant General William Gus Pagonis oversaw logistics during Desert Storm and published “Moving Mountains: Lessons in Leadership and Logistics from the Gulf War” from the experience.

High-tech weapons are used in modern warfare, and combat troops alone cannot win a war. Battles become more complicated, and non-combat forces including logistics needed to support combat troops. Their significance is growing. Militaries of developed countries, including the U.S. Forces, have a high proportion of non-combat troops in their overall military strength.

I am concerned about the military reform pursued by President Moon Jae-in and Defense Minister Song Young-moo. One of the defense reform tasks of the current administration is to decrease the non-combat workforce and increase combat troops. Korean forces have maintained a great number of non-combat personnel.

Last year, many of these posts were eliminated, including residence staff positions, tennis players and golfers. The defense ministry also wants to cut people working in logistics, education and administration. The goal of the defense reform is to reduce the total number of troops to 500,000 and to shorten the service period. To maintain military strength, it is important to keep our combat troops.

Minister Song emphasized that the military should transform from a slow, gigantic dinosaur to a swift and frightening leopard.

As the direction is clearly set, the ministry seems to be trying to reduce non-combat troops without thoroughly reviewing job functions. The threat of biochemical warfare with North Korea is growing, but the Armed Force Chemical/Biological/Radiological (CBR) Defense Command is said to be under review.

I am concerned that Korea may resemble the Japanese forces that were defeated by the United States in World War II as they prioritized combat troops and ignored their non-combat workforce. I hope my concerns are groundless.