For Cho Seong-jin, each performance is time to practice: The pianist talks style and being a perfectionist

For Cho Seong-jin, each performance is time to practice: The pianist talks style and being a perfectionist 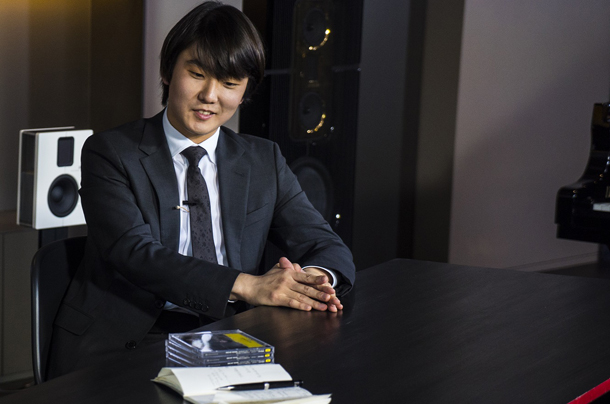 Star pianist Cho Seong-jin’s calendar for the next few years is so booked that it is nearly impossible for local media to sit with Cho for an exclusive interview. Thankfully, the 24-year-old pianist made time to appear as the first guest on the second season of JTBC’s online classical music program, “Classic Today,” which is hosted by this reporter. The first episode, which aired via Facebook and Youtube on Feb. 9, was watched by thousands of viewers. During the interview, Cho talked in detail about how he practices, his style and what he pursues through music.

After becoming the first Korean winner of the highly acclaimed International Frederic Chopin Piano Competition in 2015, Cho has been going nonstop, accomplishing his goals step by step. He made his Carnegie Hall debut last year and toured with the prestigious Berlin Philharmonic Orchestra. Busy performing across the globe, Cho’s few concerts at home have sold out in just seconds, setting a new milestone for the popularity of classical music in Korea. The pianist says he’s going to be performing a lot more this year at home to express appreciation for his Korean fans. The following are the edited excerpts from the recent interview with Cho. 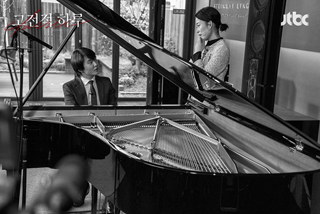 Q. How do you practice? Do you have any secret tips?

A. Not at all. For example, when I practiced Ravel’s “Piano Concerto in G major,” which I performed with the Berlin Philharmonic, I repeated the process of playing only the first page of my solo part over and over. I play it at a slow tempo first then build up from there. Then, I try diverse ways of playing by putting emphasis on different areas, try to angle my hands differently and so on. But fundamentally, I don’t really like to pass the bounds of what is written by the composer.

You have so many concerts scheduled that it seems like you don’t have much time to practice. How are you handling it?

This is what I’ve always wanted to do. I especially have fun polishing my performance each time I perform. Sometimes, I make mistakes on stage because I get nervous even if I didn’t have any problems while practicing. When that happens on stage, I mark those parts I got wrong on my music sheet as soon as I return to my waiting room. I make notes using triangles, stars and circles according to which mistakes I’ve made and write them on a post-it. This helps me not to make the same mistakes the next time I perform and repeating this process eventually improves my performance.

So do you think the number of concerts you feel satisfied with have increased over the years?

I feel the happiest when I’m satisfied with my performance. I think I have played Chopin’s “Piano Concerto No. 1” at least 60 times over the last two years since I won the Chopin competition. I stopped counting after the 50th time. Playing the same piece so many times allowed me to really better my performance. So these days, I try to use the same program at least 10 times for different concerts and I am thankful that I have the opportunity to perform that many times.

I don’t think having a good ear is something that you can acquire through practice. On stage, do you perform with the instinct of a pianist?

Actually, it can be acquired through practice. You can achieve just about anything through practice. On the contrary, I believe that being technical is an inborn talent. Anyone can reach their goals through practice. The only difference would be the intensity of the practice depending on what you are born with or without. For example, I like Prokofiev, but his “Sonata No. 7” is very difficult for me to play. I understand in my head that I need to make coarse sounds but it is not easy for me to produce that. Perhaps that is because I have always preferred to make elegant sounds on the piano since I was a kid. Since that style is very different from Prokofiev’s music, it is difficult for me to play.

You seem to be quite sensitive to subtle differences. Do you agree?

I’m a bit of a perfectionist so I had a hard time recording my album. From beginning to end, I try to play all the pieces in one take. That was very difficult. Other than couple of numbers in Debussy’s “Images” and “L’isle Joyeuse,” I was able to record most of the songs in one take.

Usually, pianists edit the album and it is finished by re-recording parts of the pieces they were not satisfied with. Did you do that?

I realized that I can’t do that when I was recording Chopin’s “Ballade No. 1.” I played it about 30 times. When I listened to the whole album from the beginning, I wasn’t satisfied with one area so I wanted to re-record that section with a different take. When we tried that, it didn’t sound right. It didn’t flow naturally because I played it differently each time. So, when I recorded Debussy’s pieces, I wanted to record them in one take.

On your Debussy album, what was the piece that you played the most? How many times did you play it?

I think I have a strange personality. If I make a mistake while playing, I don’t continue to finish the piece. I just stop playing it completely and start from the beginning. So it was hard for me to play technically difficult pieces. I think I played “Images, Book 1, No. 3” at least 100 times. I have to record until I’m satisfied with the result. If I’m not satisfied with the recording, I have to re-record it until it feels right. Since I am confident playing those pieces, I have to perfect them. It was easier recording the concertos because the pieces tend to flow naturally. But the solo parts are the difficult ones. I tend to be a perfectionist when it comes to music. I don’t think I’m a very meticulous person, but when it comes to music, I turn into a perfectionist.

Ultimately, were you satisfied with the recording?

At the time, I was satisfied but when the producer sent me the final work, I wasn’t. I listened to the whole album from the beginning to the end and was satisfied with some pieces and not with some others. In my recent album, my favorite is Debussy’s “Suite Bergamasque.”

How do you find your own sound?

Up until middle school, I thought it was important to be different and stand out from the others. But, later I realized that playing differently from others doesn’t make me special. As long as I play the piano, my own style is bound to be heard. So it’s been a while since I cared about having my own unique sound or style. Rather than being obsessed about how to show my own interpretations of the music, I just play whatever way I feel is right at the moment.

You seem to spend more time studying music scores than actually playing them. Is that true?

I don’t practice that much. When I say this, my friends think I’m being coy, but I think each person has different capacities to practice. I start to get tired after four to five hours of practicing and lose my focus. If that happens, I think practicing isn’t worth all the effort after that. So when I don’t practice, I spend time studying scores.

Since you’ve accomplished many of your goals from a young age, it seems like you have no more goals to tick off. Is there anything else you want to achieve?

Is performing with a great maestro exciting for you?

I enjoy watching conductors rehearse. I often watch conductors rehearse on Youtube. I especially like to watch performances of maestros like Harnoncourt, Karajan, and Kleiber. I watch and try to figure out what it is they’re thinking about and what kind of sounds they want to achieve and pursue.

Do you have any interest in becoming a conductor in the future?

I want to conduct but I have no interest in becoming a conductor. I want to conduct Mozart Concertos maybe 10 to 20 years from now, but not as a full time conductor who has to be responsible for an orchestra. I don’t think I’m fit to be one.

Do you plan to expand your repertoire?

Yes, I actually realized that there aren’t that many composers. Once, I listed the names of all the composers from A to Z and the number was less than 20. Starting from Bach and Beethoven, to Chopin, and Debussy and Mozart… Oh, there are great composers starting with “S” like Schumann and Schubert. There are so many great compositions to play as a pianist but they are all from those 20 composers. So, I plan to cover all the composers.