‘Queen of Mystery’ is back with more laughs

‘Queen of Mystery’ is back with more laughs 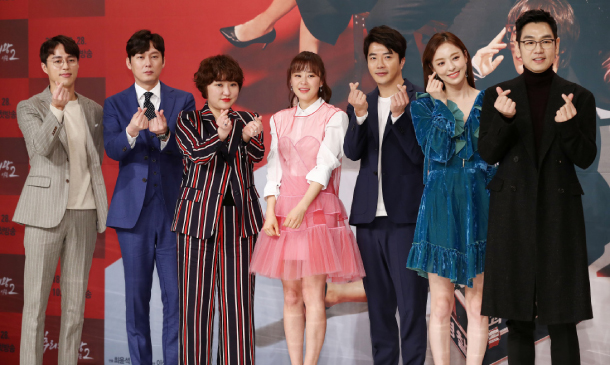 “Queen of Mystery” is back with its second season, becoming Korea’s first TV series on a major terrestrial network to produce a second season written by the same scriptwriter and featuring the same cast members.

At a media event held in Seoul on Monday, producer Choi Yoon-suk said the new season tells a funnier, more suspenseful and engaging story than the first season.

The main character Yoo Seol-ok has divorced. She is no longer a housewife but challenges herself to realize her lifelong dream of becoming a detective.

“As Yoo Seol-ok becomes a policewoman, the scale of her investigation gets bigger. She no longer goes after small cases happening in her neighborhood,” said the producer.

The first season of “Queen of Mystery” aired on KBS2 from April 5 to May 25, 2017, and revolved around Yoo, played by Choi Kang-hee, the wife of a prosecutor who had dreams her whole life of becoming a police officer, and detective Ha Wan-seung.

The two made an unlikely investigative duo and collaborated on solving multiple cases. As Yoo becomes a policewoman in the new season, her detective skills and instinct are expected to improve, and the teamwork between the two will become stronger, the producer said, promising more action and realistic stories.

“We had really good chemistry with each other while filming the first season. I was always happy to come to work on the set and wished we could do it again some time in the future,” said actor Kwon Sang-woo, who plays detective Ha. “I am so glad that we are together again to shoot the second season.” Yonhap