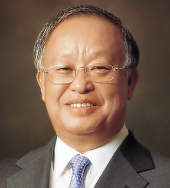 The head of CJ Group was named the new chairman of the nation’s major business lobbying group Tuesday after a dispute in the nomination process earlier this month.

Sohn Kyung-shik accepted the top post as the chairman of the Korea Employers Federation (KEF) after a screening committee of five members unanimously named him to succeed Bahk Byong-won.

“I feel a heavy responsibility about the role [of the organization] at this important time for the development of the Korean economy,” Sohn said in a statement released after the appointment.

“I will try my best to develop a harmonious existence of labor and management and foster economic development, drawing on my experience of working at the firm and other economic groups,” he said.

As the chief of a major conglomerate, Sohn is expected to represent the voice of big companies to the liberal Moon Jae-in administration, which has a critical attitude toward family-run corporate behemoths. Sohn will try to forge a positive image at a time of anti-chaebol sentiment after the heads of the country’s biggest companies were exposed in the influence peddling scandal that brought down the Park Geun-hye government.

The Korea Employers Federation praised Sohn’s good reputation and experience as the head of Korea Chamber of Commerce and Industry, another major business lobbying group.

Media outlets reported that Park Sang-hee, head of the Korea Employers Federation’s Daegu branch, was nominated to head the group.

But the KEF didn’t announce a chairman on schedule last Thursday. Park accused it of dropping him because of his background as the head of a medium-sized company. He accused screening committee members of coming from big companies themselves.