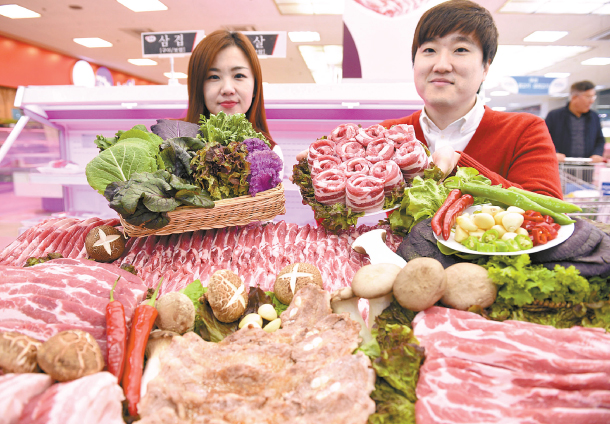 Models hold up raw pork belly, lettuce, garlic and chili peppers at the Nonghyup Hanaro Mart in Yangjae-dong, southern Seoul, on Tuesday. Hanaro Mart is selling pork belly at a discount of up to 46 percent between March 1 and 4. The meat, called samgyeopsal in Korean, is widely consumed on March 3 because the prefix “sam” means three. [YONHAP]