Me Too is for us all

Me Too is for us all 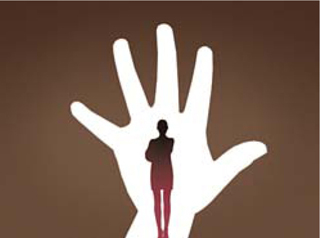 In the 1998 film “Whispering Corridors,” a teacher harasses female students and many viewers identified with this situation. Many have at least one or two unpleasant experiences while at school. Many Koreans routinely experienced such violence. As depicted in “Once Upon a Time in High School,” there are teachers who beat students. Nowadays, such violence at school is strictly prohibited.

Hegel said, “every individual is a child of his time.” In the Joseon period, classism and polygamy were considered norms. Structured ideology can become violent. When violence becomes routine and structured, assaulters become insensitive and comfortable.
The latest sexual violence exposures in Korea are rooted in widespread insensitivity.

The Me Too movement is spreading, but sexual violence is nothing new. In fact, it is so routine that many didn’t find it to be an issue. Moreover, sexual violence is rooted in power dynamics. Directors sexually abuse actresses, prominent poets and writers do so to editors, celebrities do so to new faces, and seniors do so to juniors. It is not that assaulters did not know they were wrong, but they thought it could be tolerated. We had lived in a society where such acts were not an issue.

So, it has only begun to be that specific names, such as Ko Eun and Lee Yoon-taek, are mentioned, and more names will be exposed. It is not just in the literary, drama and film circles but in Korean society in general.

In the film “King and the Clown,” the entertainer Gong-gil is exposed to the sexual violence of influential men. It is not much different from the latest situation. Today, powerful and established men have replaced the aristocrats of the Joseon period. They have become the violent tyrants that they have attacked in their own art. As Lee Yoon-taek had said, they may have thought that what they were doing was wrong, just as the rich and powerful men in “King and the Clown” considered sexual violence as their right.

They habitually harassed less powerful people because they were sure they would not get punished. An education ministry official had said, “people are dogs and pigs.” Similarly, people in power considered the victims as sexual objects. The victims of sexual violence say that the most painful thing is their dignity being violated, their dignity as a human being. However, assaulters also lost their dignity.

As they are labeled as artists, their violence is sometimes defended as rebellious desire or artistic deviation. But this is an immoral excuse. A true artist endures mundane pressures and turns desire into art. If the desire is relieved by hurting someone else, it is not different from the desire of criminals. Desire is neither controlled nor uncontrollable. If one cannot control one’s desire, that person shouldn’t be an artist. Art is not an excuse for abuse.

Sexual violence is widespread in Korean society. Fear and silence is often mistaken for approval, and sexual violence has been encouraged and tolerated.

Men with power and influence reign as the beneficiaries of a corrupt structure. This is not a man-versus-woman contest. This is an issue for all of us. If repentance does not come easily, the predators must learn to fear.

Feminist writer Rebecca Solnit wrote, “Pain serves a purpose. Without it you are in danger. What you cannot feel, you cannot take care of.” If the assaulters had been insensitive to the pains victims suffered, they must learn to feel that pain. The Me Too movement will revive lost senses and make our lives healthier. Sexual violence destroys dignity, and we need to recover that dignity. What the victims demand is respect as human beings.

The American social activist bell hooks called feminism “a movement to end sexism, sexist exploitation and oppression.” In 2018, #MeToo is about humanism, not just feminism. We must end the cycle of power-based sexual violence and exploitation. Let’s not dilute it with things like #WithYou. Just like slavery and classism, I hope sexual violence will become a thing of the past.

*The author is a film critic and a professor at Gangnam University.