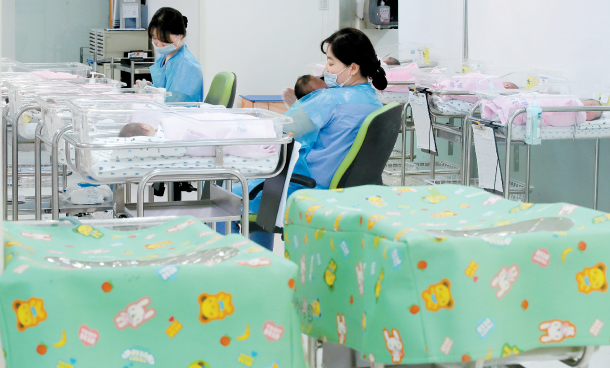 A nurse holds a newborn at the maternity ward of a hospital in Seoul. Statistics Korea announced Wednesday that there were 357,700 babies born in 2017, the lowest since 1970 when the agency began compiling such data. The fertility rate - the number of children a woman is projected to have during her lifetime - also fell to a record low 1.05 last year. [YONHAP]