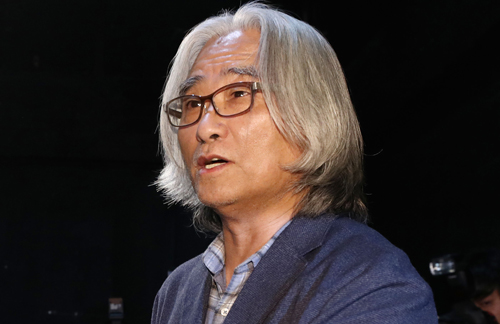 Sixteen women filed a complaint with the prosecution on Wednesday seeking an investigation into the alleged sexual assaults by stage writer and director Lee Youn-taek.

They accuse Lee of raping and sexually molesting numerous female members of his famous drama troupe over the past decade. The 66-year-old issued an apology to the victims for the alleged misdeeds in a press conference, but victims and critics have questioned his sincerity amid increasingly intense public scrutiny.

The complaint on Wednesday was submitted by a phalanx of 101 lawyers representing the victims.

A flurry of allegations of sexual misconduct is sweeping through South Korea in what has become a continuation of the Me Too movement spanning legal and cultural circles.

It was sparked by Seo Ji-hyeon, a district attorney who came forward to disclose her experience of sexual harassment by her senior colleague. Seo’s revelation led to a spiral of reports of sexual abuse and violence by influential figures and the launch of a prosecution investigation into her case and others.

Under the current law regarding sexual violence, Lee can be charged with committing adultery or harassment by force. But he can only be held accountable for the cases that happened after June 2013, since sexual offenses were not subject to prosecution without the victim’s complaint until the law was revised.