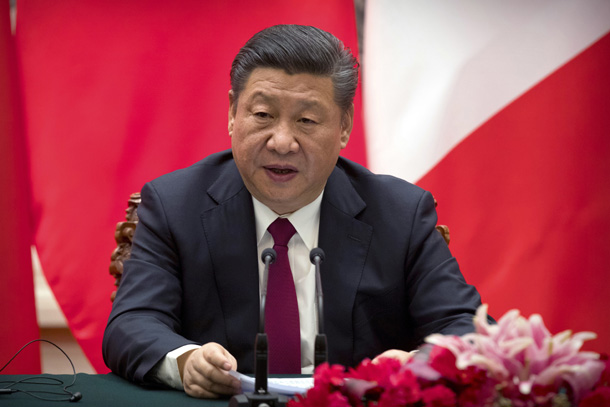 Qin Shihuang established a unified China in 221 B.C. and styled himself as the “first emperor.” He put forth a strong centralized policy across China, standardizing the currency, weights and measures and starting large-scale projects like the Great Wall and Epang Palace. To prevent division of opinions, he strictly controlled communication and philosophy and was responsible for “burning books and burying scholars.”

Nowadays, the mantle has passed to Chinese President Xi Jinping. Of course, he does not refer to himself as an emperor, but the media loves to call him so.

In 2014, Time magazine published a cover story with the headline “Emperor Xi.” The story quoted a line from the People’s Daily, the Chinese government mouthpiece: if the first-generation leader Mao Zedong had helped the Chinese people rise and the second-generation leader Deng Xiaoping made the people rich, Xi Jinping was now making the Chinese people strong. Xi has dominated power by cracking down on hundreds of thousands of civil servants with strict anti-corruption reform, and his moves remind some of an emperor’s absolute power.

The coronation of Emperor Xi is in progress. Since he came to power in 2012, Xi has laid the groundwork for extending his rule beyond the 10-year limit. The Central Committee of the Chinese Communist Party has proposed a bill to remove presidential term limits from the Constitution, and the National People’s Congress is likely to pass it this month.

Since Xi did not explicitly designate a successor at the 19th Party Congress last October, the future leadership of China is unclear.
It is customary in the country for a former leader to select the next leader and the current leader to name the one after to prevent power struggles and guarantee stable succession.

Deng introduced the system in 1982, anticipating the rise of a dictatorial leader like Mao, who made a critical mistake with the Cultural Revolution. But the system is coming to an end as Xi tightens his grip on the party, government and military.

The Chinese Communist Party claims that strong leadership is needed to realize the “Chinese dream,” but it seems more like the Chinese version of Park Chung Hee’s “constitutional revision” that allowed him to stay in power in South Korea for nearly 16 years. In North Korea, Kim Jong-un is inheriting the dictatorship from his father, and, in Russia, Vladimir Putin has emerged as a pseudo-tsar, having already extended his rule with a constitutional revision. He intends to serve until 2024. South Korea increasingly finds itself surrounded by strongmen going against the global trend of democracy.