In ‘Vanished,’ search for a corpse takes a turn

In ‘Vanished,’ search for a corpse takes a turn 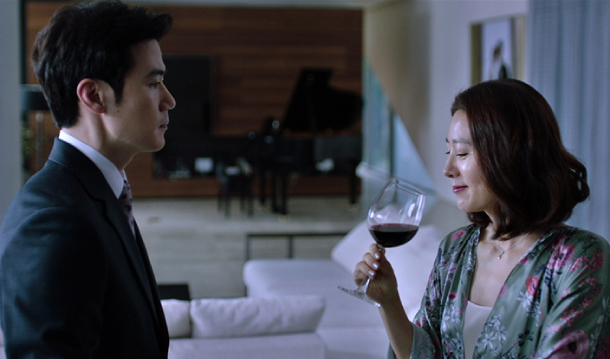 Kim Kang-woo, left, and Kim Hee-ae star in “The Vanished,” an upcoming Korean thriller based on the 2012 Spanish film “The Body.”[CINEGURU/KIDARi ENT]

A body disappears from a morgue. A detective is assigned to the case, but the culprit is not who he seems to be.

The upcoming Korean thriller “The Vanished” borrows its plot from the 2012 Spanish film “The Body.” Seol-hui (Kim Hee-ae), a wealthy socialite, is murdered by poison, and her body vanishes from the morgue. Joong-sik (Kim Sang-kyung), an easygoing detective, is determined to recover the corpse.

He calls Seol-hui’s husband, a young professor named Jin-han (Kim Kang-woo), in for investigation and begins to suspect that Jin-han is behind the murder.

Although both the original and remake involve many plot twists, “The Vanished” focuses more on the puzzling mystery behind the corpse’s disappearance.

“The biggest difference between the original and remake is that the remake goes beyond revenge and concentrates on the process of finding the missing body,” director Lee Chang-hui said during a press event for the film in Seoul on Wednesday.

For the most part, the director preserved the general characteristics of the original film’s characters but modified the detective’s personality to make him more “three-dimensional.” “I depicted Joong-sik as looking slack and shrewd while being serious and acute at the same time,” he said.

Despite the intrigue, Kim Kang-woo, who plays the main antagonist, was hesitant to take part in the film after reading the script. Since the film is set in only a few locations and the events of the story happen in a single day, Kim was concerned that the tale might look boring on the big screen. Playing a man who kills his own wife was another concern for the actor.

For Kim Hee-ae, who plays the wife, a thriller isn’t usually her cup of tea, but she told reporters that she decided to join the project because the script kept arousing her curiosity about how the film might finish.