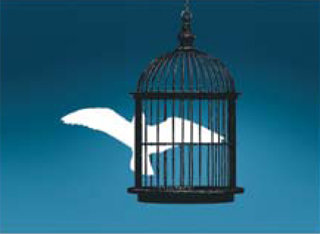 “A bird needs wings both on the left and the right to fly,” the late Ri Young-hee, an iconic liberal, titled his book. It was remembered recently for a very ironic reason. Now, the red complex, which dominated Korean society since its liberation, is not an issue anymore.

Today, the conservative political force has lost its existence and faith. It seems that the traditional conservatives of the country have almost no possibility of successfully countering the inter-Korean rapprochement after the PyeongChang Winter Olympic Games in Gangwon and upcoming constitutional amendment and local elections.

Having one’s own vision means two things. The first is to have a long-term and consistent policy of one’s own. The second is to win the trust of the voters in their future ability to govern.

At this point, we need to question what vision the conservatives of Korea have, but not because of a concern for a specific political party or faction.

The average citizen of Korea is actually not a factionalist, and the future of Korea requires a balanced discussion in order to walk a path in darkness without a leader.

The first question about conservatism in Korea is serious. Do they have a final vision other than their traditional and persistent anti-communism? In the past, anti-communism was a primary task to maintain the survival of our system.

But today, Korea’s environment has turned into a more complex equation that needs to achieve peaceful coexistence against the checks of the North and other neighboring countries.

Are policies obsessed with anti-communism and risking a war on the peninsula truly good “conservative” policies? Is it really a great plan, enough to be promoted to the people, for conservatives to devote themselves wholly to anti-communism, while allowing the North and other countries to take the initiative when it comes to dialogue? It is time for the conservatives of Korea to seriously think about whether their values can go beyond anti-communism.

The second question for Korea’s conservatives is what their position is toward law and order. There can be no left or right when it comes to the rule of law, but the key of modern conservatism has been centered on the role of a government that clears up crimes and social evils with a strong police force and stern execution of law.

Korea is no exception. In the past, conservative political parties and candidates won more trust from the people for their strong law enforcement policies.

The dilemma of the conservatives is the trial of a former president and an imminent prosecution’s probe into another former president. The conservative opposition parties are criticizing them as “cruel punishments infringing upon human rights” and “politically motivated investigations for retaliation.”

Their stance is understandable, but from the perspective of rule of law, they should at least address the crimes of former leaders. By rule of law, enforcement must have no exception. That is true conservatism.

There are also other traditional conservative agendas such as supporting the market economy, but none of the conservative parties are showing consistent positions here. The conservatives who reintroduced state-authored textbooks and criticize ministers for owning apartments have no future.

Conservatism without a vision will not just end by losing an election. The world of politics is not a contest between good and evil. It is a world where various opinions are fighting each other. It is a world with no definite answer.

In order to persuade liberal politicians and compete against the sophisticated views of liberal agendas, they need a serious conservative reply. They must remember that democracy is a tree fed by discussions and persuasion, not blood.

Time is being wasted when no discussions are taking place on important issues that will decide the future of the country, such as inter-Korean relations and constitutional reform.