DPR Live is focused on originality : The up-and-coming singer and rapper aims to be the best in the game

DPR Live is focused on originality : The up-and-coming singer and rapper aims to be the best in the game 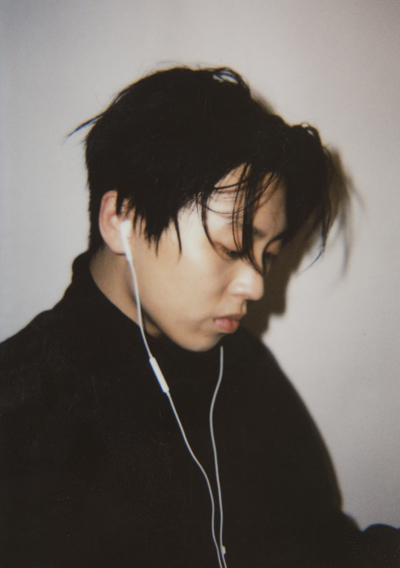 Listening to Suzy’s latest solo album, released in January, some casual fans found themselves looking up the name of the singer featured on the former Miss A member’s single “Holiday.”

Although DPR Live is not a name familiar to most mainstream music lovers, the singer-rapper has made his presence known throughout the music industry over the past year. The singer managed to get big name artists like Jay Park, Crush and Dean to feature on the songs he released last year like “Right Here Right Now,” “Laputa” and “Know Me.”

Although the rookie artist’s collaborations with A-list musicians may have come as a surprise to some listeners, DPR Live worked to prove his potential to fellow musicians before his official debut through releasing pre-debut tracks such as “Til I Die” on Youtube.

Through these tracks, DPR Live managed to recruit recognized rappers like Punchnello to join his first official piece “Eung Freestyle” - a track that attracted many fans in the United States.

The track included five popular Korean rappers along with DPR Live and has had more than 25 million hits since it went up on YouTube in April 2016.

Despite his rising popularity, the musician can’t really get perspective on how well he is being received these days because he spends most of his time in the studio working on his next songs.

To discuss his music and career, the artist sat for an interview with the Korea JoongAng Daily on Tuesday. The following are edited excerpts.

Q. You have been described as one of the rising stars in music these days. How do you feel about the positive response?

A. Of course I feel very grateful. I can feel [the popularity] when I’m on stage. But there’s just so much I still want to show. So, although I enjoy the attention, instead of focusing on enjoying the popularity, I try to concentrate more on my career. Other than when I go on stage, I spend most of my time working on my music.

You are slated to perform at South by Southwest (SXSW) in Austin, Texas which starts next week. How do you feel about performing abroad?

It will be my second time performing abroad. I performed in London a few months back. But still, it will be my first time to perform in the United States. Instead of feeling pressured, I’m rather excited. Through “Eung Freestyle” I obtained lots of foreign fans, so it feels like I’m heading to see a family that I have never been able to meet. While I am there, I want to communicate with my fans as much as possible - both on and off stage.

DPR is a team made up of people working in the entertainment industry. Could you introduce your team?

DPR consists of seven members and each of us works in a different field, ranging from marketing to production. We are very passionate about what we do, and we share a commonality to aim for the best. In fact, “Eung Freestyle” was the first project by DPR.

Your music videos boast of beautiful visuals. Is that the work of the DPR team? What is your main goal when making music videos?

Yes, members of the team, including the producer and director, worked on my music videos. My main focus when working on music videos is to deliver the ambience of the songs into visuals. I also try to make something unique that hasn’t been seen before, both musically and visually.

Your music seems to have been influenced by artists like Jay Park, Crush and Dean. Are you a big fan?

Yes, I love them all. I’m a fan [of the artists]. I listen to their music a lot. I truly respect and admire those artists who aim for the best and [put out high quality work.]

Based on your near-constant rollout of new tracks, you seem like a very self-driven person.

Unless I’m scheduled to perform, I am always working on my music. I consider it a regular job and I go to my work space and stay there until I have done what I have planned for the day. Although I get stressed, it gives me strength. [Working this hard] always involves growing pains. But I’m ready to embrace the pain because I aim to be the best.

I want to continuously and steadily provide my fans with good music. When I first decided to work in the music industry, there was only plan A. No alternative. I want to pursue music until I die. Also, I hope to create opportunities to meet more fans by putting on performances.