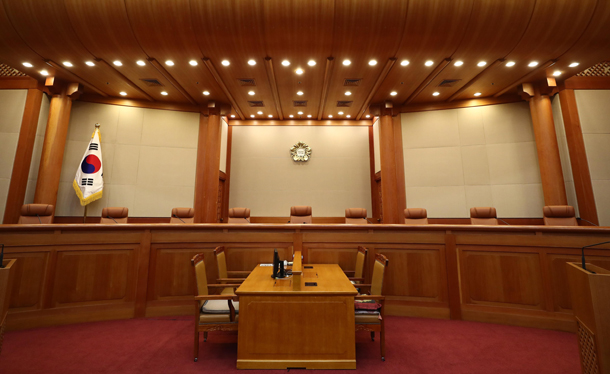 On March 1, the anniversary of the Korean independence movement’s birth, the country’s Declaration of Independence was read aloud at the ceremony marking a new semester at the Korea Minjok Leadership Academy in Hoengseong, Gangwon. “We here proclaim the independence of Korea and the liberty of the Korean people,” the document read.

The Korea Minjok Leadership Academy’s founding vision is to educate global leaders with a national spirit. The start of the new school year was scheduled on March 1 to coincide with the independence movement anniversary.

Along with its civic education, this independent private school is known for its gifted curriculum. When I interviewed the founder, Choi Myung-jae, in 1996, the school was just getting ready to open, and its gifted-education specialist, Cho Seok-hee, was in a meeting with teachers at the school office. Choi had researched gifted education at the Korean Educational Development Institute for over 20 years and contributed to the school’s curriculum.

“I traveled around the world and found that Korean education was a ‘big fish in a small pond,’” Choi said. “I felt the need for specialized education for talented students instead of cramming and repetition.”

It was under President Kim Dae-jung that private schools were established to make up for the uniformity of standardized education and pursue academic excellence. Gifted education allowed individuals to display their own skills and talents as much as possible.

Lee Don-hee a former principal at the Korea Minjok Leadership Academy who also served as minister of education, said independent private schools are not typical schools that deserve criticism. He argues that all private schools need to become independent to offer competitiveness and educational excellence that takes ability, academic level and diversity of interest into consideration. Hong Sung-dae, chairman of the board at Sangsan High School and author of the best-selling mathematics textbook series “The Art of Mathematics,” frequently says that the future depends on excellent education.

However, independent private schools were blamed for the social polarization that took place under President Roh Moo-hyun, and now under Moon Jae-in, the new student selection period coincides with admissions for general education high schools.

Excellent education and equitable education are now both awaiting a Constitutional Court ruling. A few days ago, Choi Myung-jae and Hong Sung-dae filed a petition in court arguing that the government was practically abolishing independent private high schools.

Article 31, Clause 1 of the Constitution says, “All citizens have an equal right to receive an education corresponding to their abilities.” The plaintiffs argue that uniform education without consideration of individual ability is unequal.

They claim that treating the same things the same and different things differently is true equity. Hopefully, the court will reach a wise ruling after some much needed contemplation.