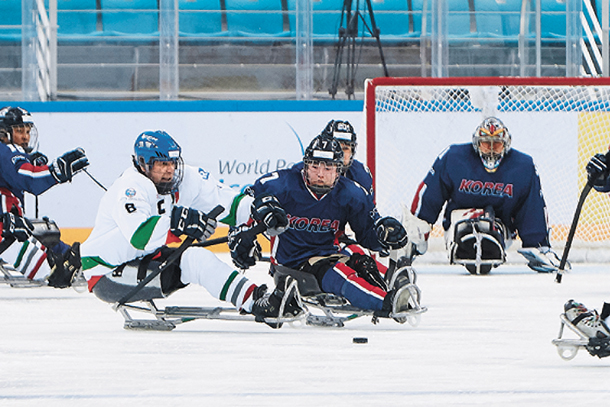 Growing up in North Korea during the great famine of the 1990s, para ice hockey player Choi Kwang-hyouk was left homeless at the age of nine, scrapping for what little food he could get off the streets. 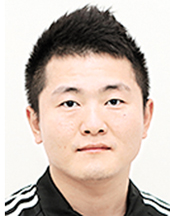 But after defecting to South Korea in his teenage years, Choi will represent the host country for the 2018 PyeongChang Paralympics.

“I’ve spent more time in the South than in North Korea,” said Choi.

It took him some time to get here, however.

Choi’s parents separated when he was younger and his father defected to South Korea, leaving Choi to live with his grandmother, who passed away when he was nine.

After losing his grandmother, Choi became homeless and said he often wandered through the streets to beg for food.

He would secretly sneak onto trains to try and sell whatever he had.

Though at the time he had no choice, he paid a grave cost for trespassing.

After four years of train hopping, one day Choi’s lower left leg was severed after he fell off of the speeding train. He passed out and woke up at a hospital.

“I found out my left leg was missing when I tried to walk,” Choi recalled.

“Now, I describe it as a ‘very difficult’ time,’” Choi said, “but no words can describe the pain and adversity I endured at the time.”

Everything changed the summer after his leg injury.

Choi was approached by a broker who was sent by his father to bring him to the South.

“In the North at the time,” recalled Choi, “there were rumors of illegal trafficking of kids with no parents. I was scared when the broker came to me, but it wasn’t like I had much of an option.”

Traveling through China, Choi stepped onto South Korean soil for the first time in August 2001.

He met his father, but couldn’t spend much time with him because Choi was busy attending an alternative school and adjusting to his new surroundings.

“In the South, I was always alone,” said Choi. “That’s why I lack confidence and have low self-esteem.”

Despite his impairment, Choi’s world changed once again when he was introduced to para ice hockey, or ice sledge hockey, by a professor in 2011.

In para ice hockey, players use a sledge instead of wearing skates on the rink and use two sticks, around 25 to 35 centimeters long, instead of the single, 1.35-meter stick used for ice hockey.

Athletes use a metal pick at the end of the sticks to propel themselves forward on the ice and the blade on the other end for shooting the puck.

“I remember the first time I played [para ice hockey] it was really hard because I had to use a lot of my arm strength,” Choi admitted, laughing. “It’s a really tough sport that a man with a temper can enjoy.”

Choi joined a para ice hockey team under the Gangwon provincial government in 2016, and focused on the sport for the next two years.

“I long to play at the Paralympics set to take place in the land that I’m living in,” Choi said.

His wish came true when he was selected for the national team last July and received a uniform bearing the host nation’s name and flag.

At the 2010 Vancouver Paralympics, South Korea placed sixth in para ice hockey, while it placed seventh at the 2014 Sochi Paralympics. In PyeongChang, the team is hoping to medal, which is a likely possibility given its recent achievements.

At the 2017 World Para Ice Hockey Championships held in Gangneung, Gangwon, the team took home bronze, and in January, it won a four-nation tournament in Japan.

“I get more nervous counting down the days to the Paralympics,” said Choi. “But because we have great team spirit, I’m confident.”

Choi also cheered on the inter-Korean women’s ice hockey team during the Olympics and said he was touched by the players’ performance.

“I hope people will also cheer on our para ice hockey team during the Paralympics,” Choi said.

The opening ceremony for the Paralympics will be held on Friday.