Remembering the stories of intangible heritage holders : With most artisans in their 80s and 90s, oral autobiographies help keep them alive

Remembering the stories of intangible heritage holders : With most artisans in their 80s and 90s, oral autobiographies help keep them alive 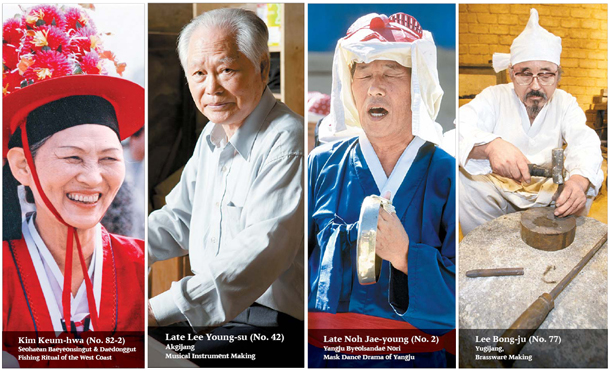 Mudang (a female shaman) Kim Keum-hwa was born in 1931 in Hwanghaedo in North Korea as an unwanted daughter to a male-dominated family. It took until she was 13 for her to be given the name Keum-hwa.

Perhaps it was the conception dream her mother had when she was pregnant, which was a scene of bells and a sword coming down from the sky, that revealed Kim was destined to become a shaman. At 12, she suffered intensely from the so-called “spirit illness” and a year later, her parents forced her to get married to avoid being taken by the Japanese soldiers during occupation. But the young girl couldn’t last that long under her strict mother-in-law and ran away.

That’s when she accepted her fate and began to perform gut, or a traditional shaman ritual. Despite being shunned by her neighbors, Kim decided to regard her role as an important cultural heritage that should be handed down generation after generation. She wasn’t afraid to appear on television or even on the big screen (A biopic titled “Manshin: Ten Thousand Spirits” was released in 2014, directed by Park Chan-kyong) to talk about the life of a shaman.

In 1985, Kim was recognized as the holder of country’s Intangible Cultural Heritage No. 82-2, known as Seohaean Baeyeonsingut and Daedonggut (The Fishing Ritual of the West Coast). In an effort to transmit the intangible cultural heritage that can only be considered valuable if there’s a person who can perform it properly, she established a center in Incheon to educate the younger generation at her own expense. 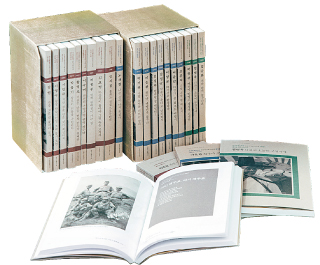 Lee Bong-ju is the 92-year-old holder of the country’s Intangible Cultural Heritage No. 77, known as Yugijang, or brassware making. In 1948, Lee came to the South to run away from the repression his family received from the North Korean government as his father protested against the government’s policy. To make a living, he learned traditional brassware making techniques. The circumstances of the time, however, did not help Lee live a stable life.

Living through the turmoil of the Korean War and the Jan. 4 Retreat, Lee ended up making a living by selling biscuits and even changed his name from Bong-bin to Bong-ju. But Lee couldn’t forget about the time he was focused only on making brassware and how much he had enjoyed it.

Despite opposition from his wife, Lee went back to brassware and, thanks to his skill, he expanded his business in the late 1960s.

While working, a piece of metal went into his eye, which ultimately left him partially blind in 1983. But Lee accepted it as his fate of being a brassware maker and continues to create and transmit the skill to his descendants and students to this day.

Most of the living intangible cultural heritage holders are in their late 80s and early 90s, therefore the center thought it was important to listen to their stories and publish them as books as if they are telling the stories to their descendants. From 2011 to 2015, the center interviewed 49 holders and this year, the first 20 of the interviews were published.

All 49 intangible heritage holders had dramatic stories to tell, but what they all had or have in common, says Kim Gap-su of the center, is that “they each have made endless efforts to spread the heritage by giving their all to educating younger generations.”

According to the National Intangible Heritage Center, stories of 15 holders among the 29 that aren’t yet published will be printed by the end of this year, and the remaining 14 will be released within the next year. The books are available at national and public libraries across the country and an online version will become available at the website of the center (www.nihc.go.kr) within this month.