A look at Busan’s role as a hub of Korean art : Exhibits celebrate the city’s long history of as a stop for top artists

A look at Busan’s role as a hub of Korean art : Exhibits celebrate the city’s long history of as a stop for top artists 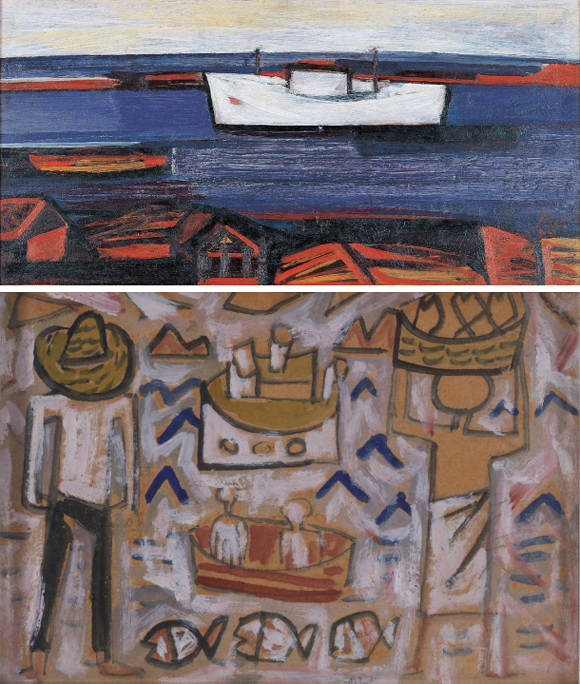 Representatives of the Busan Museum of Art held a press conference in central Seoul on Monday to explain the exhibitions in celebration of the city museum’s 20th anniversary.

“Among the two exhibitions, ‘Modern, Hybrid: 1928-1938’ will explore the birth of modern art in Busan, which Japan developed as a modern city for strategic reasons and many Japanese artists visited during the colonial period,” said Kim Sunhee, new director of the museum.

“The other exhibition, entitled ‘A Blooming Flower Out of Despair,’ will explore the period when Busan became a wartime capital and many important artists fled to the city and continued making art even during the most difficult and devastating of times,” she added. 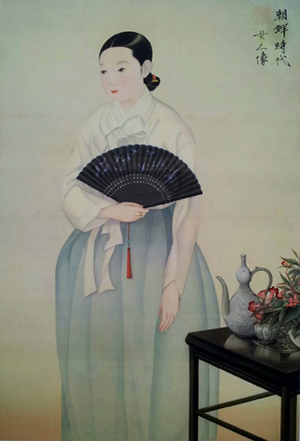 Shorinjin Kato’s painting “A Joseon-period Woman”(1920) is part of the “Modern, Hybrid” art exhibition at Busan Museum of Art.

The “Modern, Hybrid: 1928-1938” show, which kicks off on March 16, will present about 150 paintings and drawings. They include the paintings by Japanese artists such as Shorinjin Kato which depict Korean people and landscapes in Japanese or Western styles. In particular, a series of oil paintings of Busan landscapes and people by Ando Yoshishige, a Japanese artist based in the Korean port city, are among the works on display.

The show also features the Busan-based Korean pioneers of modern painting including Kim Zongsik (1918-1988). The museum will hold a separate large-scale retrospective of Kim in May to celebrate his 100th birthday.

Meanwhile, the exhibition “A Blooming Flower Out of Despair,” which also kicks off simultaneously with the “Modern, Hybrid” show, will feature more than 100 paintings. Many of them are created by famous Korean modern artists including Lee Jung-seob, Kim Whanki and Chang Ucchin, as they each fled to Busan during the Korean War.

The exhibition will present not only art pieces, but also archives about cafes in Busan because the artists that fled from Seoul and other parts of the country would often gather in cafes to talk about art and communicate with Busan-based artists.

In addition, they held important exhibitions at cafes, as they couldn’t find better places amid the ruins of the war.

“Artists based in Busan felt challenged by the artists from Seoul and other parts and got more active,” curator Park Jinhee explained. That became a golden age for art in Busan although it was in the nation’s darkest hour, as artists never gave up on art even during times of war and poverty.

The “Modern, Hybrid” and “A Blooming Flower Out of Despair” exhibitions start on March 16 and run through July 29. The retrospective of Kim Zongsik will start on May 25 and will run until Aug. 12.