Cities of literature, and dirty linen

Cities of literature, and dirty linen 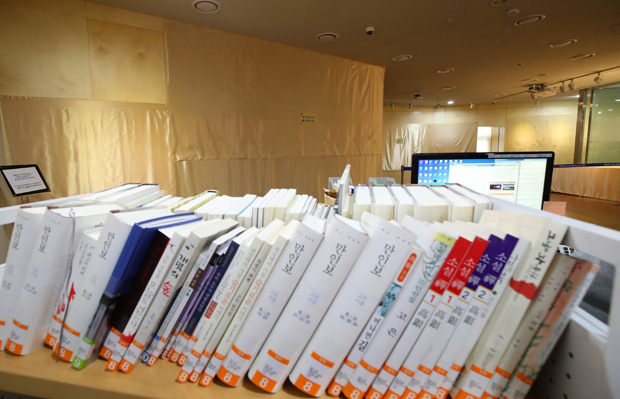 Many cities take pride in their literary heritage, and Dublin is especially known for its rich literary tradition. The Irish capital is the birthplace of James Joyce, author of “Ulysses,” Jonathan Swift of “Gulliver’s Travels,” the poet William Yates and the playwright Oscar Wilde. Unesco designated Dublin as the city of literature in 2010. When I visited Dublin a few years ago, I noticed pictures of writers in pubs and restaurants and thought that it was indeed a literary capital.

Literature attracts people and a tradition of storytelling can even draw tourism. Local governments often establish literature museums for celebrated writers to revamp their image and provide cultural spaces. Dublin has a population of 1.4 million but gets 4 million visitors annually, thanks to its rich literary assets. Bloomsday, named after the protagonist of “Ulysses,” Leopold Bloom, is celebrated on June 16, as the novel is set on that day, and many fans celebrate by making a pilgrimage to the city.

There are more than 100 literary museums in Korea. According to the Ministry of Culture, Sports and Tourism, there are 66 public and 40 private museums as of March 2017. Last November, the Ki Hyung-do Museum was founded in Gwangmyung, Gyeonggi, and the Jo Jung-rae Family Museum was established in Goheung, South Jeolla. Since the Lee Oi-soo Museum, which opened in 2012 in Hwacheon, Gangwon, became a popular local attraction, many local governments want to establish literary museums featuring living authors. Last year, there was a budget controversy when Yecheon County in North Gyeongsang planned to establish a museum for the poet Ahn Do-hyun.

The city of Suwon scrapped its plan for a Ko Un Foundation last month. The museum was supposed to be built behind the Hanok Technology Exhibition Hall in Jangan-dong, Paldal District. Suwon explained that the plan was withdrawn considering the public criticism over Ko Un’s sexual harassment accusations. The city had offered Ko the House of Culture near Mount Gwanggyo free of charge in 2013. The city must have hoped that the Gwanggyo area would become a local attraction, just as Hwacheon became popular thanks to Lee Oi-soo.

Suwon is planning how to use the House of Culture once Ko leaves. In Hwacheon County, the home of the Lee Oi-soo Museum, some people are displeased with Lee’s controversial remarks. The county provides about 200 million won ($184,000) a year to subsidize the operation. Suwon spent about 1 billion won to establish the House of Culture. This is all taxpayers’ money. Money that could have been used for local residents has been wasted. The writers are primarily at fault, but the local governments are responsible for using living writers to promote their cities before evaluations of their literary value and characters were complete.