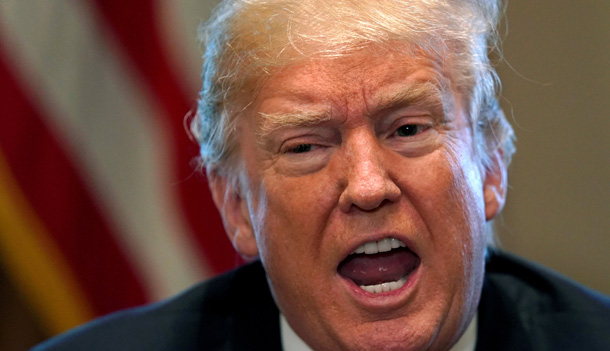 The Latin phrase “carpe diem” means we need to make the most of the present. “Seize the day” is what Professor Keating tells his students in the movie “Dead Poets Society.” Not just the students in the movie but also many young Korean viewers who had to sacrifice much of their social lives to prepare for their futures, such as securing a better college or job, were moved by the speech.

To those who are missing the moment, carpe diem may be the magic words to recovering their faith in the future. But those who only live in the moment and do not care about the past or the future need another prescription.

“The Dangerous Case of Donald Trump” was translated and published in Korea last week. In the book, 27 American psychologists, psychiatrists and mental health professionals analyzed the president. Psychologist Philip Zimbardo defined “unbridled and extreme present hedonism” as “[living] in the present moment, without much thought of consequences of their actions or of the future.”

Zimbardo continues, “an extreme hedonist will say whatever it takes to pump up his ego and to assuage his inherent low self-esteem, without any thought for past reality or for the potentially devastating future outcomes from off-the-cuff remarks or even major decisions.”
Other analyses are also shocking. Pathological narcissism with no empathy for others, sociopathy that considers differing opinions as attacks and expressing anger in a destructive manner and paranoia are discussed. Judith Herman, professor of psychiatry at Harvard Medical School said that Trump’s narcissism fits American Psychiatric Association’s definition of narcissistic personality disorder.

As President Trump announced tariffs on imported steel, the clouds of global trade war are darkening. One of the culprits that aggravated the Great Depression of the 1930s was trade protectionism. The United States passed the Smoot-Hawley Tariff Act to implement tariff hikes on more than 20,000 imported goods, leading to retaliatory measures from trade partners. In the end, the global economy shrunk.

While the Great Depression is unlikely to happen again, retaliation from the EU and China and follow-up revenge from the United States would be disastrous for Korea, which relies heavily on trade. In the United States, the benefits of trade are emphasized, as taught in the principles of economics, and Trump’s trade protectionism is criticized. But it is doubtful that Trump would listen. Trump’s mental health is a serious concern for not just the United States, but the world.

*he author is an editorial writer of the JoongAng Ilbo.