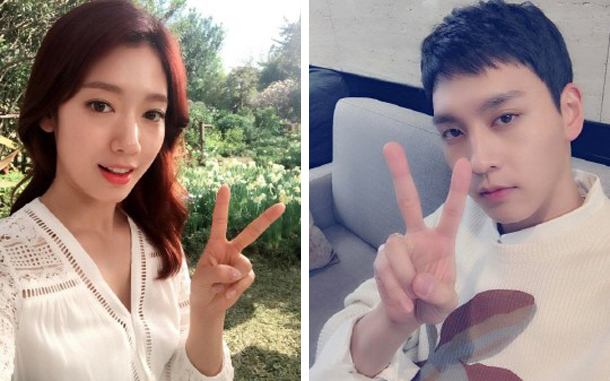 Actors Park Shin-hye, left, and Choi Tae-joon have confirmed their relationship status through their agencies on Wednesday.

Both stars’ agencies, Huayi Brothers and S.A.L.T. Entertainment, talked with the actors to clarify the rumors. Choi’s agency said, “The two actors met as classmates in the same acting department at Chung-Ang University and their friendship turned into a romantic relationship toward the end of last year.”

They added, “We hope you support their relationship.”

The two actors were first rumored to be dating in May of last year, after being spotted together at a local arboretum. But their agencies claimed that the two were there with many others and that they were merely friends.

Park is currently in France for the Paris Fashion Week and Choi is preparing for his next project. He last appeared in the 2017 SBS drama series “Suspicious Partner.”