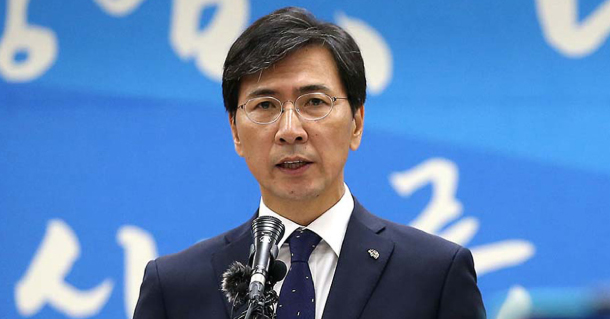 
South Chungcheong Gov. An Hee-jung’s secretary made an appearance on television news on March 5 and alleged that she had been raped by An. She was identified with her real name, her voice was not changed and her face was not blurred. The victim of alleged sexual violence, who is not a public figure or a celebrity, showed an incredible amount of courage to go on the news and show her face.

She claimed that she appeared on television for her safety. Once her name and face are made public, she thought that she would get support and be free from An’s intimidation.

While she did not mention this directly, there is a more fundamental reason that we can infer. It is to satisfy the demand for sincerity. When a victim of sexual violence comes forward, Korean society is suspicious of their intention rather than protecting the victim. Being a victim itself is painful enough, but when the evidence is not obvious or a deal is reached with the offender, the victim is often accused of looking for money.

Even when sexual encounters are proven to be true, victims are accused of fabricating stories after a romantic relationship went wrong. In other words, victims are always treated like potential liars until they reveal their identity and provide evidence. As the case of actor Oh Dal-su showed, victims only get half-hearted apologies from their assaulters after their real names and faces are made public. Commentator Kim Eo-jun raised concerns that the Me Too movement could be used for political means, so the victims raising allegations need to reveal their identities and show their faces to make sure they are not misunderstood.

So the victim who appeared on the television is forced to risk her entire life rather than voluntarily choosing to reveal her face. Even if she had just wanted to appear in person, the broadcaster would often stop her, revealing her face on live television, especially as she is a grade six local public servant and a private citizen. The victim trusted the broadcaster, and the broadcaster did not look for ways to protect the victim, so she went ahead and showed her face. This also plays into the “potential liar” idea — the victim has to prove the truth.

Irish author Louise O’Neill, who is the same age as the victim, wrote “Asking For It” based on her real-life experiences. In the book, Emma is raped by boys in her neighborhood. She says, “They are all innocent until proven guilty. But not me. I am a liar until I am proven honest.”

Even as we celebrate Women’s Day on March 8, Emma’s words still ring true across Korea.