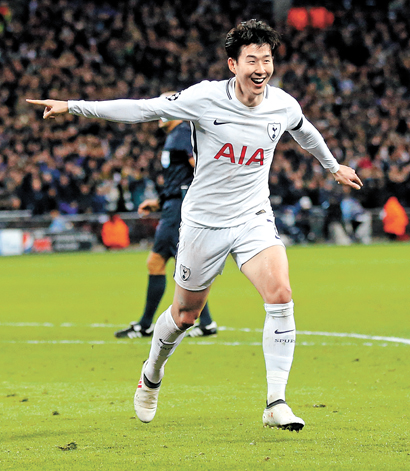 Son Heung-min of Tottenham Hotspur celebrates after scoring the team’s only goal during its round of 16 UEFA Champions League match against Juventus at Wembley Stadium in London on Wednesday. Hotspur lost to Juventus 2-1, failing to advance to the quarterfinals. It was Son’s 16th goal of the season. The 25-year-old Korean forward has now scored in three straight matches for Hotspur. [AP/YONHAP]