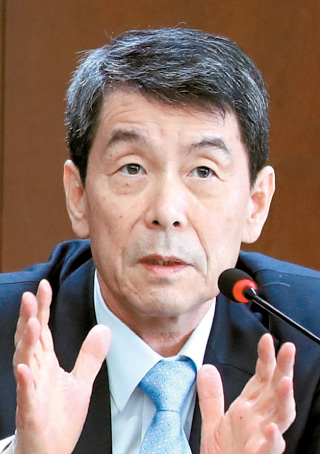 The state-owned Korea Development Bank said Thursday that it would not pump any more money into the Korean unit of General Motors unless the U.S. automaker discloses the cost structure of GM Korea.

“To receive fresh funds, GM has to come clean with its cost structure, among other things, and set up a viable plan to put the Korean operation back on track,” Lee Dong-gull, chairman and CEO of the bank, said in a news conference. “If so, we will give serious consideration to injecting ‘new money’ into the company.”

Due diligence on GM Korea has not started because the U.S. automaker has refused to submit what it calls “very sensitive data” to the Korean government, Lee said.

“We are still waiting for submission of the documents,” the chairman said. “We have notified GM that the planned due diligence should be satisfactory enough for us to grasp GM’s broad plans to revive its Korean business in the future.”

Working-level negotiations between the Seoul government and General Motors are under way to start the due diligence, the chairman said, adding the review of accounts is aimed at “figuring out the cost structure and expense structure of GM Korea to judge whether the carmaker can operate if the U.S. auto giant’s turnaround plan is carried out.”

He made the remarks in a news conference held earlier in the day to announce the government’s decisions on the fate of two financially troubled shipbuilders - STX Offshore & Shipbuilding and Sungdong Shipbuilding & Marine Engineering.

Korea Development Bank is the second-largest shareholder in GM Korea with a 17 percent stake. GM and SAIC Motor each control 77 percent and 6 percent.

The state-owned bank has been in talks with GM to find ways to turn the loss-making Korean operation into profit after the automaker announced on Feb. 13 that it would shut down one of its four plants in Korea by May due to low productivity and high costs, and decide on the fate of the remaining plants in the coming weeks.

Last month, GM also asked the bank to inject fresh capital into GM Korea to facilitate a turnaround. In 2017, GM Korea’s sales fell 12 percent from the previous year to 524,547 vehicles, with its four plants producing 520,000 cars out of a total capacity of 910,000.

PricewaterhouseCoopers will carry out a detailed review on behalf of Korea Development Bank with the aim of finishing the process by the end of April, according to the bank.