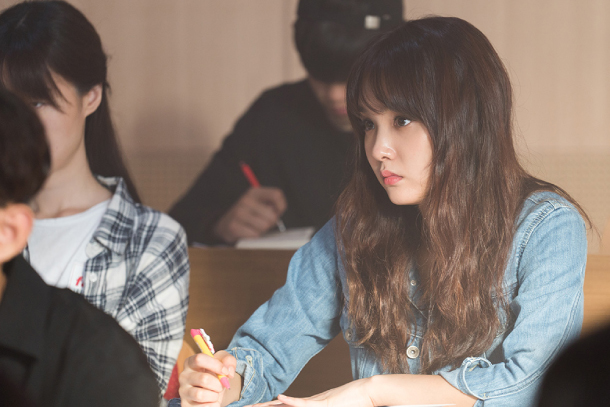 “I’ll wait for you in the place where we buried our secret.”

A woman’s dead body is missing. Her husband secretly rejoices in committing a perfect murder, only to receive notice that the body is missing. He later receives a text message from his dead wife, who is supposedly waiting for him to come.

“The Vanished” is a remake of the 2012 Spanish film “The Body.” As a reboot, this movie faces high expectations from the Korean audience.

The wife Seol-hui (Kim Hee-ae) comes from a wealthy conglomerate family. Her husband Jin-han (Kim Kang-woo) is a professor who tries to escape from his rich wife’s influence.

Joong-sik (Kim Sang-kyung) is an easygoing yet critical detective who is suspicious of Jin-han and is determined to reveal the culprit.

Ultimately, the two main questions are answered. Is she really dead? Or did she disappear into thin air?

This film is based on a true story of the 19 members of the Granite Mountain hotshots who eventually died in duty against Arizona’s Yarnell Hills Fire in June of 2013. The hotshot crew is an elitist group of 20 highly trained wildland firefighters who are ready to battle the serious fires happening nationwide.

The main plot line of “Only the Brave” is how the elite firefighters save a small town in Prescott, Arizona from a historic wildfire.

“Only the Brave” focuses on the main character Eric Marsh (Josh Brolin). This character is the chief leader of the Prescott crew who is trying to get the team certified as the nation’s first team municipal hotshot squad.

At the moment, the Prescott crew is part of the second wave, while the hotshots are doing the real work and taking all the credit.

Luckily, Duane Steinbrink (Jeff Bridges) is the local wildland division chief who helps them reach the position of getting an official evaluation. As the crew trains together, a new firefighter Brendan McDonough (Miles Teller) joins them.

Initially, the crew is hesitant and reluctant to take him because of McDonough’s reputation of being a scumbag addicted to drugs.

The film shows how McDonough matures as a character, especially after he finds out that his ex-girlfriend (Natalie Hall) is pregnant. Christopher McKenzie (Taylor Kitsch) constantly shows disapproval towards McDonough while working with him in the crew.

While some may think that this film would mostly capture the Yarnell Hill incident, “Only the Brave” mainly highlights how the crew members are able to professionally grow as a team.

Life is pretty boring for the precocious and adventurous six?year?old Moonee (Brooklynn Kimberly Prince), who lives together with her rebellious mother Halley (Bria Vinaite), who is a dancer struggling financially. They live in Magic Castle, a shabby budget motel just outside Disney World.

This summer, Moonee is busy spending her time with her cheerful ragtag playmates by exploring shady, derelict buildings. Her new playmate, Jancey, who just moved into the neighborhood, also shares positive, energetic vibes.

However, this midsummer night’s dream seems to be very fragile. Moonee is unaware of how Halley is doing anything to scrap every penny - resorting to selling junky perfumes to wealthy tourists to stealing theme park tickets.

Halley shows the image of a young mother who is furious at her economically unstable life, yet is unaware that she is her own enemy. 24-year-old actor Bria Vinaite, who has never professionally acted before, perfectly steps into this character’s shoes of being a desperate, angry mother.

Overall, this humanist film shows the life of a bubbly yet deprived child living near Walt Disney World.

The 2018 newly released film “Tomb Raider” is a reboot of the 2001 “Tomb Raider” and is also based on the acclaimed series of popular video games.

Protagonist Lara Croft (Alicia Vikander) seems to be an outgoing and carefree character. In reality, she shares a deep longing for her adventurous father (Dominic West) who went missing 7 years ago. Like her daring father, Lara is living an unrestrained lifestyle by working as a bike courier in East London and barely taking her college courses. Although she tries to forget about her father by forcing herself to believe that he is gone forever, Lara soon finds herself following her father’s footsteps into the world of adventure.

By stumbling across the mysterious clue that her father left behind, Lara is certain that her father is alive. She is determined to visit her father’s last destination, a fabled tomb on a mythical island that is somewhere off the coast of the East Sea.

Throughout the film, Lara tests her abilities on this mysterious island, desperate to be reunited with her lost and beloved father. 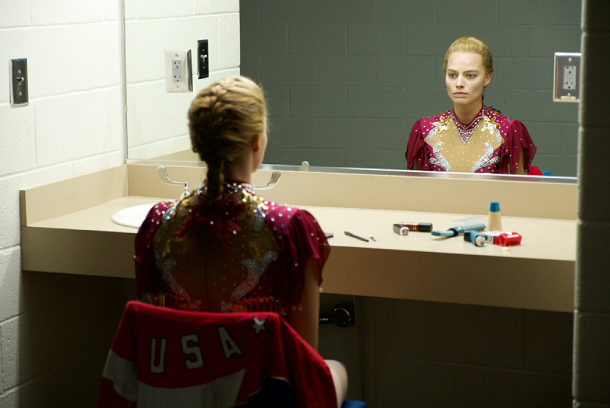 The movie is based on the true story of disgraced American figure skater champion Tonya Harding.

Famous for being the first American female skater to complete the triple-axel jump, Tonya (Margot Robbie) was in the media’s spotlight. Her competition against rival figure skater Nancy Kerrigan (Caitlin Carver) was very well known. But things went downhill for Tonya after an associate of Harding attacked her rival Nancy. Tonya lost everything - her fame, her titles (including her World Championship titles) - and was forever banned from competing.

The film not only focuses on Tonya’s figure skating career but also portrays a great deal of Tonya’s early childhood. Tonya’s emotional and physical abuse from her mother LaVona Golden (Allison Janney) is not the only turmoil that Tonya has to face. The film also shows her constantly being pressured to become the best and receiving low performance scores for her tough image.

On the whole, this movie is a black comedy, presenting the self-serving versions of the truth.

British fashion in 1950s London is no doubt charming and alluring. In this post-war period, “Phantom Thread” distinctly depicts the haute couture, high-end fashion of the ’50s that is constructed by hand from start to finish.

Distinguished dressmaker Reynolds Woodcock (Daniel Day-Lewis) plays the role of being a fussy, talented designer. His meticulous sister Cyril (Lesley Manville) is in charge of caring for her picky brother and dismissing her brother’s temporary female interests. The maid Alma (Vicky Krieps) strikes a romance with Reynolds, who feels that Alma is somewhat different from the women in his past.

According to Daniel Day-Lewis, Woodcock was the last character to play before his retirement. In his interview with W Magazine, Day-Lewis said, “Before making the film, I didn’t know that I was going to stop acting.” The actor also commented that he has no plans to view the film, despite starring in it.

“Phantom Thread” is more than just a simple romance movie between a renowned male artist and female lover. Its hidden messages are as splendid as the fashion of 1950s London. Additionally, the film won the Oscar for Best Achievement in Costume Design.