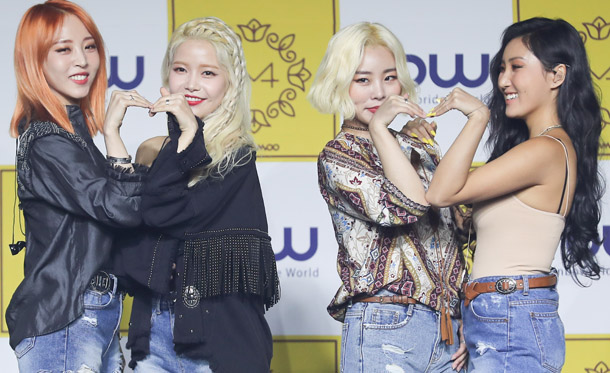 Mamamoo ranked No. 1 on five music streaming charts with their new song “Starry Night” on Thursday.

Mamamoo’s song made it to the top spot the day after their EP was released on Melon, Bugs Music, Genie, Soribada and Olleh Music. They not only outshined boy group iKON’s “Love Scenario,” which topped the charts for over a month, but also beat project boy band Wanna One’s latest release “I.P.U.”

“Starry Night” is the first single from their new spring-themed album “Yellow Flower.” The song features a guitar riff that gives off a Latin vibe and the song compares time and nature to the feeling of being left behind by a lover.

This album is the first of their “Four Seasons” project and will be followed by seasonal and color-themed albums throughout the rest of the year.