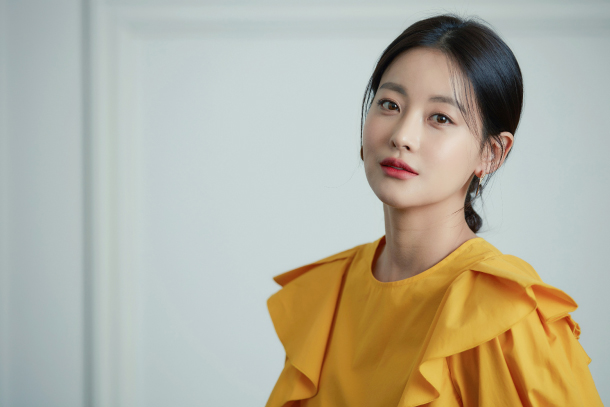 The much-loved 2010 webtoon, “Cheese in the Trap,” which caused a stir when it was made into a television series in 2016, is now heading to the big screen.

Revolving around a university student named Hong-seol and her senior classmate Yu-jeong, the story follows the development of the pair’s relationship. Known for his intelligence and for coming from a wealthy family, Yu-jeong is the guy every girl at school wants, while Hong-seol, on the other hand, is an average student from an average family.

The film begins with Hong-seol unintentionally discovering a dark side of Yu-jeong - something he has been keeping to himself. Although the discovery hints at a bumpy road in the pair’s relationship, the movie quickly moves through a few months of an awkward relationship to the point where Yu-jeong asks Hong-seol out for a date. Although there are many aspects of Yu-jeong that Hong-seol is not sure of - like him being strangely calm and oddly rational - she gradually learns to accept him, while Yu-jeong puts in effort to become a more understandable person.

The television series focused on the couple’s burgeoning relationship, but the movie adds a thriller element that involves unprovoked attacks against strings of female students. 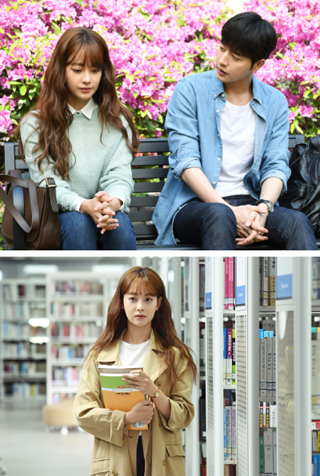 While Park Hae-jin, who played the Yu-jeong in the tvN series, returns in his role for the film, slated for release on Wednesday, actor Oh Yeon-seo of film “Run-Off” (2016) and the recently-wrapped drama “Hwayugi” replaced Kim Go-eun, who played Hong-seol in the 2016 series.

When the cast of the film was announced, Oh’s appearance in the movie was no surprise to fans of the webtoon, as they often picked her as the actor who was the most similar to Hong-seol in terms of appearance.

“Although playing the role comes with a lot of pressure, I thought I might as well take the risk and do it instead of regretting it,” said Oh in an interview on Thursday.

Oh further explained, “It’s sad to see almost no romance movies in theaters these days. Most of the screening films deal with heavy topics. While I was thinking that, [I was offered the role], so I decided to work on a romance movie that takes place at a university campus, something that I had hoped to be a part of, to show young love.”

Another reason that attracted the actor to the film is that it unfolds from the perspective of Hong-seol.

“The movie follows the emotions of Hong-seol, and is based on who she meets and what happens to her. Until I shot this film, I mostly played [two-dimensional] characters, but Hong-seol was someone with deep inner thoughts,” Oh said, adding that the character, who often sacrifices herself for others and keeps what she wants to say to herself in order to avoid hurting others’ feelings, could comfort those who share similar internal struggles.

The webtoon depicts Hong-seol as an independent student, who knows how to be considerate and comfort others despite her personal struggles. But because the long story had to be compacted into two hours, many characteristics of Hong-seol had to be omitted from the film.

“Although there are more scenes we worked on, they had to be cut out due to the time limit. So it’s true that [Hong-seol’s personality] is less clear in the movie,” said Oh.

In fact, a few characters are omitted from the film while the motivations of some characters in the movie are quite vague. In-ho, played by Park Ki-woong, for example, is depicted in the webtoon as a character who has a deep crush for Hong-seol. But that is not clear in the film.

“I worked on ‘Cheese in the Trap,’ thinking this would probably be my last chance to play a university student. When I watch it in the future, I believe the film will feel like a part of my youth,” said Oh.

Regarding her hopes for the kinds of movies or roles she wants to land in the near future, the actor said, “I like caper movies with lots of characters in them. I loved the 2016 version of ‘Ghostbusters’, and I’m really excited about the upcoming ‘Ocean’s 8,’ [starring Sandra Bullock and Cate Blanchett]. Hopefully, I will get to play a cool thief, or a detective who is on the run to catch a thief.”