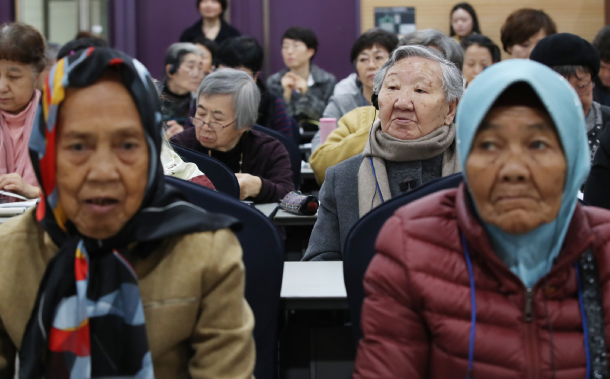 “Comfort women” victims living in countries such as Indonesia and China attend the 15th conference seeking to resolve the issue of the Japanese military’s forceful recruitment of Asian women into sexual slavery during World War II, alongside Korean survivors, including Gil Won-ok, right of center, on Thursday in Yeongdeungpo District, southern Seoul. The Korean Council for Women Drafted for Military Sexual Slavery by Japan hosted the conference, the 15th of its kind. [YONHAP]