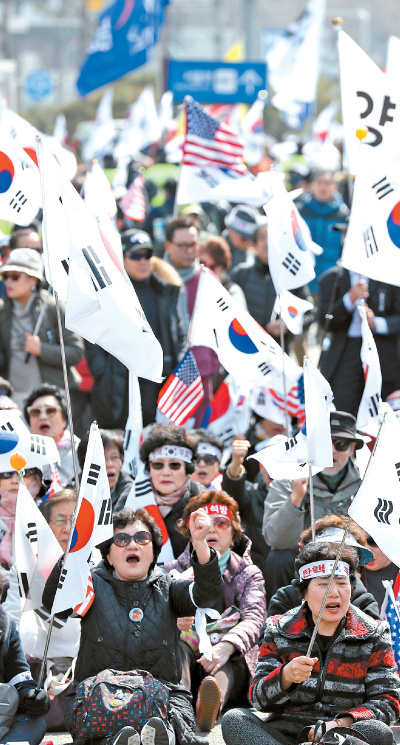 Supporters of former President Park Geun-hye, who was ousted from office on corruption charges last year, stage a rally with Korean and American flags outside Seoul Station on Saturday to demand that Park be released from jail. March 10 marks the first anniversary since the Constitutional Court ruled to uphold Park’s impeachment. [YONHAP]