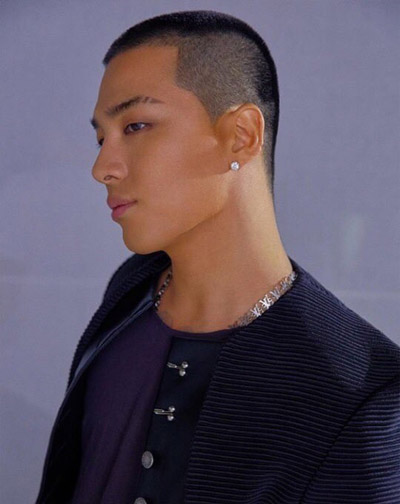 The Big Bang lead singer arrived at the Army’s 6th Infantry Division in Cheorwon, some 88 kilometers (54 miles) northeast of Seoul, at around 1:45 p.m. with YG Entertainment employees. Following a five-week training session, Taeyang will be assigned to an Army unit.

Around 100 fans came to say goodbye, shouting and holding signs with the message, “I’ll wait for you.” Taeyang saluted his fans before making his way into the base.

Bandmate Daesung will also enter the military on Tuesday. Seungri, the youngest member of the group, plans to enlist after releasing a solo album sometime during the first half of the year.

Big Bang will put out a previously unreleased song on Tuesday to bid farewell to fans during the group’s hiatus. The group members prepared a song called “Flower Road” as a gift to comfort their fans for their absence due to military service. The group’s leader G-Dragon and oldest member T.O.P wrote the song, which is expected to be released online at 6 p.m. on Tuesday.