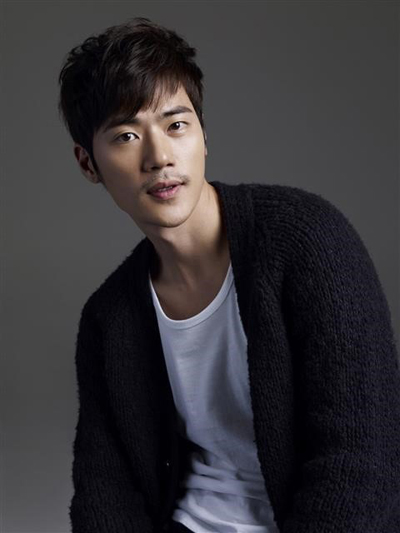 From a crazy tyrant in the movie “The Treacherous” to an ace detective in the sci-fi TV series “Circle,” actor Kim Kang-woo has taken on a diverse range of characters in a variety of genres. Now he is back, playing a man who kills his own wife in the recently released mystery-thriller, “The Vanished.” 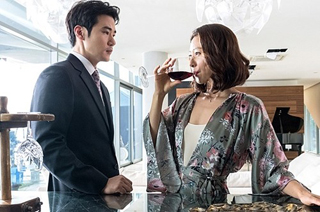 Actors Kim Kang-woo, left, and Kim Hee-ae are the leading stars in the new mystery-thriller “The Vanished.” [SIDUS PICTURES]

This new film is a Korean remake of the Spanish hit movie “The Body,” and follows the story of a man who murdered his wife and then discovered that her corpse was missing from the morgue.

Kim sat down with Ilgan Sports, an affiliate of the Korea JoongAng Daily, for an interview about his latest role and what it was like working with co-star Kim Hee-ae, who plays his wife. He also shared his thoughts about being an actor and what he would do if his son wanted to become an actor like him.

“If my son tells me that he dreams of becoming an actor, I would be 100 percent against it,” said the actor. “This job requires a strong mentality. You can’t be weak.” He stressed the physical and emotional hardship that comes with being an actor and how he doesn’t want his son to go through that.

Q. What was it like working with actor Kim Hee-ae?

A. Kim is very comfortable to work with because she is considerate of others and not sensitive, unlike many other female actors in this industry. She is charismatic as an actor, but in real life, she is a young girl at heart. This was the first time I got to work with her but it almost feels like I’ve known her longer because I grew up watching Kim on the television.

In addition to “The Vanished,” you are also starring in the MBC weekend drama “Husband Oh Jak-du.” What made you choose that role?

I decided to join the drama because I thought that viewers could easily relate to the story.

What do you think about TV dramas these days?

I’m not trying to denounce TV dramas as a whole, but I have felt that many shows fall into a similar genre. I usually prefer to watch sports, so when I switch the channel to see what dramas are on, all of the shows end up looking the same to me.

What was different about “Husband Oh Jak-du”?

The script of that drama was a breath of fresh air.

It seems you have recently taken on lighter roles compared to your previous work. Why is that?

I didn’t plan on it, but I guess you could say that. If my characters were dominating roles before, I guess my recent characters are more altruistic. I seem to be going back and forth with different roles.

You have been in the industry for a long time. Do you ever face any difficulties?

When the camera’s rolling, there’s no one that will help you. Also, even when you go through an acting hiatus, you have to stay mentally strong and not be discouraged. I also experience slumps just like anyone else with a job. Even after acting for 16 years, there have been many times where I have wanted to quit.

What are some important qualities to have as an actor?

We actors get critiqued for each and every one of our projects, and if you can’t tolerate people’s negative feedback, you can’t be an actor. I’m the kind of person who gets sick of things easily. I can’t even keep a hobby for too long. So I guess, in that sense, being an actor and challenging myself with new characters is the perfect job for me.