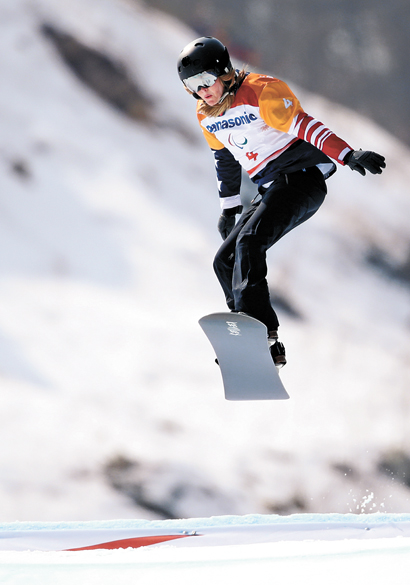 Amy Purdy of the United States races in the women’s snowboard cross SB-LL1 small qualification run at Jeongseon Alpine Centre in Gangwon on Monday. Purdy won silver in the event while Brenna Huckaby of the United States won gold and Cecile Hernandez of France won bronze. Purdy appeared at the 2016 Summer Paralympics opening ceremony, dancing a samba-inspired routine with a robotic arm for a partner. [YONHAP]