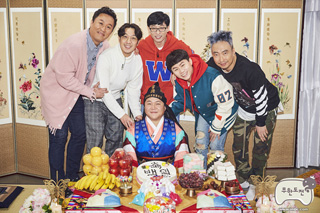 MBC officially announced on Tuesday that “Infinite Challenge,” one of the nation’s most popular reality TV shows, will be taking a break.

After much discussion, the cast and crew of the show have decided to put the show on hold for now. As a follow-up to “Infinite Challenge,” the network has prepared a brand new TV program with producer Choi Haeng-ho at the helm. It has also been confirmed that none of the cast members from “Infinite Challenge” will take part in the new show.

In the statement, MBC mentions that former “Infinite Challenge” producer Kim Tae-ho will come back with a new season of the same show, but no further dates and details regarding the new season were disclosed.

The final episode of “Infinite Challenge” before it goes on hiatus will air on March 31, and the new reality program will begin in April.