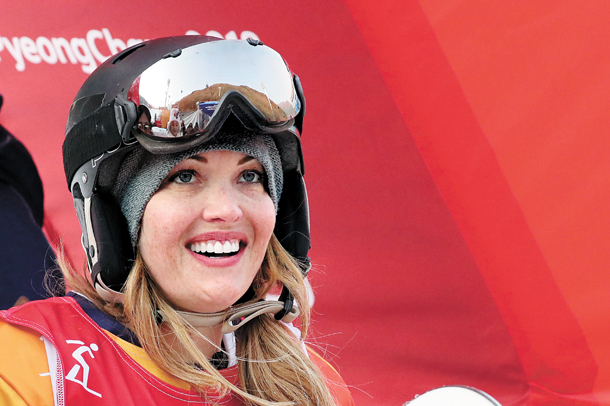 American snowboarder Amy Purdy took silver in the women’s snowboard cross SB-LL1 at Jeongseon Alpine Centre in Gangwon on Monday, following up on the bronze medal she won when the sport was first trialed at the Paralympics in Sochi in 2014. 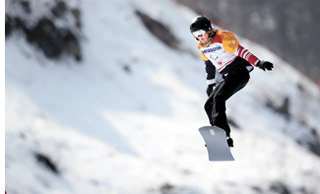 Amy Purdy of the United States races in the women’s snowboard cross SB-LL1 big final at Jeongseon Alpine Centre in Gangwon on Monday. Purdy won silver in the event. [YONHAP]

“Oh! My gosh,” exclaimed Purdy. “Of course [I feel] relieved because there was all this pressure. So [I’m happy] to now be able to kind of relax and obviously just incredibly grateful.”

Purdy, a double amputee, is not just famous for her skills on a snowboard. She is also well known as an actress, model, motivational speaker, clothing designer and author.

Though it is an amazing achievement to win a medal at the Paralympic Games, Purdy believes that it’s a great achievement just to compete at the Paralympics. Rescheduling of the event due to a mechanical failure left a lot of snowboarders worried, but Purdy said she was proud of her result as it took years to get to where she’s at. 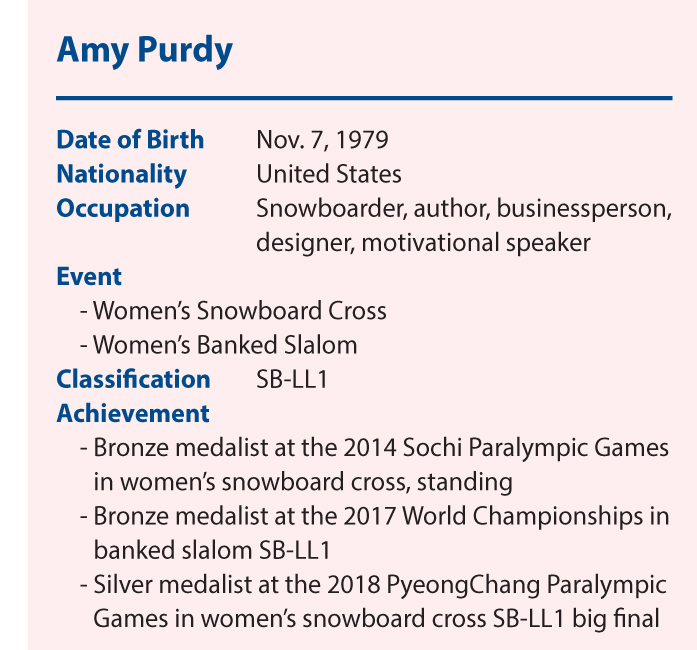 A group of Purdy’s most committed fans visited Korea to cheer for her during the race, wearing hats that said, “Team Purdy.”

In 1998, at age 19, Purdy abruptly contracted Neisseria meningitidis and was told that she only had a two percent possibility of fully recovering. Although Purdy ultimately did recover, she had to amputate both her legs at the knees.

With the help of her friends and family, Purdy managed to get back on a snowboard, a favorite pastime since she was 15-years-old. She slowly extended her career to dancer, model, actress and business woman, helping people that struggle with similar impairments.

In 2014, Purdy competed on season 18 of ABC’s “Dancing with the Stars,” finishing in second place. She was the first double amputee ever to appear on the show. Purdy hasn’t shied away from opportunities to dance since the show, appearing at the opening ceremony of the 2016 Summer Paralympic Games dancing samba with a giant robotic arm.

“Honestly, I don’t know where the finish line is,” said Purdy. “I like challenging myself.”

Beyond the challenges, Purdy stated that she sees no boundary between impaired people and able-bodied people, as she faces her challenge as a person. Through her failures, Purdy tries her hardest to bring out her potential to its fullest.

“So there’s plenty of times that something comes in my way and I think ‘oh my gosh, no way,’ like ‘Dancing with the Stars,’ like I thought there was no way and then I did it and I had so much fun,” said Purdy. “So I kind of consider myself as a ‘yes man,’ or a ‘yes woman.’”

Adding to the challenges in Purdy’s career, she also mentioned her experience on “Dancing with the Stars.” Every time she got to dance with the stars, Purdy said she thought to herself that each time she got on stage could well be her last opportunity to do so. She said her challenge to compete at the Paralympics reminded her a lot of that experience.

“I’ll take the opportunities that are on my way and do my best with them,” said Purdy.

In addition to a successful result at the Paralympics, Purdy said she also enjoyed her second visit to Korea - especially the weather.

“Koreans have just been amazing,” said Purdy. “Just everybody here has been so nice. And it’s been an incredible Games so far. The accommodation and the snow and how hard everybody has worked have been unbelievable and I’ve had an incredible time.”

For Purdy, PyeongChang was all about showing the world that it was her hard work and her passion that won her the silver medal.

“You know what, just for me, my main thing was to just come out here and do the best I could and just to be able to show that if you’re passionate enough and you work hard enough, that anything is possible,” said Purdy.