Former President Lee shows up to be questioned by prosecutors

Former President Lee shows up to be questioned by prosecutors 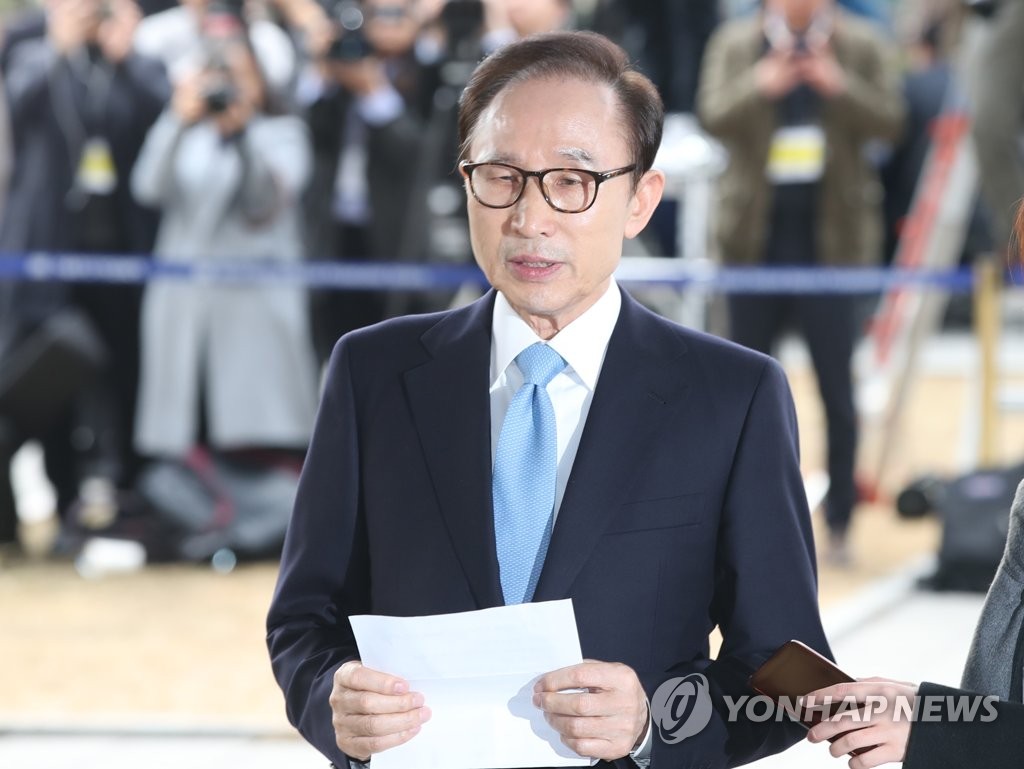 Former President Lee Myung-bak showed up for questioning at 9:22 a.m. on Wednesday at the Seoul Central District Prosecutors’ Office in Seocho-dong, southern Seoul.

“I came here with a devastated heart,” Lee said, upon his arrival at the prosecution to be investigated as a primary suspect for a series of corruption charges. “I offer my sincere apology to the people of our country for troubling them amid the economic hardship and a serious security crisis on the peninsula.”

“As a former president, I have many things I want to say, but I promised to myself that I must save my breath,” he said. “All I wish for is that this will be the last time in history” that a former president is being investigated.

Lee, who was in office from 2008 to 2013, is facing dozens of suspicions concerning bribery and other irregularities. The prosecution said there are about 20 charges including bribery, embezzlement and tax evasion. The prosecutors have prepared about 120 pages of questions, and Lee is expected to spend hours for the interrogation.

Lee is the fourth former president to appear for questioning as a suspect after former President Roh Tae-woo did so in 1995, Roh Moo-hyun in 2009 and Park Geun-hye last year. Former President Chun Doo Hwan refused to comply with a 1995 summons and was later arrested.

Lee has said in January that investigations into alleged corruption in his administration are political payback to hold him accountable for the suicide of his predecessor, Roh Moo-hyun. Roh killed himself in 2009 during a probe that his family received bribes. President Moon Jae-in is Roh’s longtime friend and political ally.