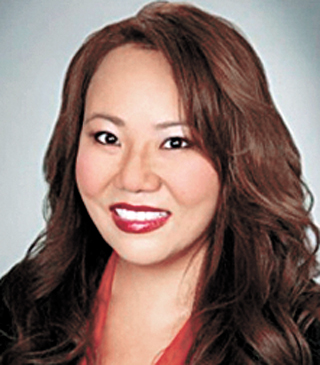 “Working on the Olympics has been one of the goals in my career,” Kelly told the Korea JoongAng Daily in an email during a visit to Korea as part of the U.S. delegation for the Games, “so this opportunity to see such a well-executed and exciting event up close in person was a once-in-a-lifetime opportunity.”

Kelly organized the Republican National Convention in Cleveland in 2016, where Trump was nominated as the party’s presidential candidate. She is deputy assistant to Trump and director of White House Management and Office of Administration.

“My day involves managing the work of almost 400 people whom I supervise and a budget of $169 million,” she said. “I also handle special projects within the White House, including most recently a historic renovation and some upgrades that had not been done since the Truman Administration.”

Kelly said she understands what it takes behind the scenes to prepare a successful event.

“I understand the enormity of the preparation work that was necessary behind the scenes in order to make this Olympics happen with such seamless grace,” she said. “From the overall strategic planning, to advocacy, international marketing, budgeting, sponsorship procurement, public-private cooperation, technological showmanship, security and emergency management, complex logistics management, and high-stakes international diplomacy, the entire event was very successful. Everything from the massive volunteer recruitment to brand messaging was top-notch.”

Kelly is a second-generation Korean-American.

“It was a great honor to have achieved my position on the Republican Convention and now to work in the White House. As the first female and Asian-American director of operations, I hope my example encourages other women and minorities to pursue their dreams,” she said. “I was able to excel because of my Korean parents’ sacrifices and because of the American liberties that I was privileged to have.”

Kelly said she is leaving the home country of her parents with hope for future inter-Korean relations. The U.S. delegation she was part of was led by Homeland Security Secretary Kirstjen Nielsen. “Seeing South and North Korean athletes competing at this most recent Olympics is truly historic. I look forward to the fruits of the current diplomacy,” she said. “The eyes of the world are upon our nations, and we are confident that God’s blessings will be upon us.”