Shady foreigner tried getting into Games

Shady foreigner tried getting into Games 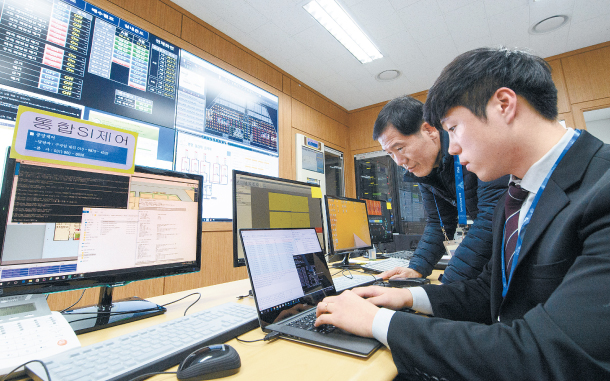 Security officials of the PyeongChang Winter Games run a security program on a computer on Feb. 4. [PRESIDENTIAL SECURITY SERVICE OF KOREA]

A foreigner with ties to an international terrorist group tried to get accreditation to the PyeongChang Olympics, the National Intelligence Service found, as reported exclusively by the JoongAng Ilbo.

According to the NIS, over 19,000 foreigners applied to the Organizing Committee from last July to October for accreditation for the 2018 Olympic and Paralympic Winter Games.

The NIS checked the applicants’ backgrounds and upon finding that “a citizen of a country in North America” had a suspicious background, it requested a foreign intelligence agency to investigate the person.

Finding that the applicant had ties to an international terrorist group, the NIS refused the person accreditation.

The NIS said there were other efforts to compromise the safety of the Games, including 16 attempts to forge accreditation cards and 13 attempts to break into facilities at the Games, though none of them appeared to be terrorist-driven.

“Many of the perpetrators said they couldn’t get tickets to games,” said an NIS spokesman. “So they forged accreditation documents or tried to break in to see the games or get closer to their favorite athletes.”

Left: A drone-mounted camera watches over the Olympic venues in Gangwon last month.

The international media has praised the level of safety at the PyeongChang Olympics.

“Security at the Games has been low-key, lacking the heavily armed presence of previous Olympics…[but] the lack of a visible armed presence shouldn’t be confused with lax security, organizers say,” USA Today reported on Feb. 18. “South Korea’s 625,000-person active duty military is well-trained and equipped with modern U.S. arms. It also has a well-regarded intelligence service…Visitors said they feel safer without the heavy presence of security forces.”

The NIS said the level of safety at the Games owed a lot to its facial recognition artificial intelligence software and its cooperation with the United States’ Central Intelligence Agency and National Counterterrorism Center (NCTC), as well as with some 50 intelligence agencies from 34 countries.

It was this group’s idea to put armored vehicles near the charter buses for athletes to prevent a Nice-like or London-like terror attack, where terrorists used trucks to bulldoze through people, the NIS said.

Experts from the CIA and the NCTC visited Korea from early 2017 to share their antiterrorism practices, the NIS said.

“The agencies also tipped us off on what kinds of attacks to prepare against,” said an NIS employee. “An agency in the Netherlands told us in advance to look out for cyberattacks during the closing ceremony of the Olympics.”

The NIS said it blocked 11 cyberattacks during the Olympics.

It also relied on a facial recognition system, the Biometrics Analysis System for Experts, which was set up at airports and at the venues for the Games in Gangwon.

The NIS said intelligence agencies sent data on individuals under their watch before the Games, which were inputted into the BASE.

“Recently, intelligence agencies in Beijing and Russia have asked us to share our experience and knowledge in security at events,” said an NIS spokesperson. Beijing is hosting the 2022 Winter Olympics and Russia the FIFA World Cup this June.