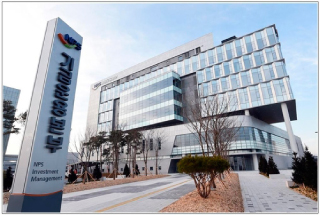 On that exceptional day, a one-line bulletin on a government appointment was buried in the afternoon news deluge — “Inspector Lee Chun-gu.”

I confirmed that the National Pension Service (NPS), headed by Kim Sung-joo, appointed Lee, the former news chief of Jeonju KBS, as an inspector.

It was a flawless process. The nomination committee received applications and recommended two candidates, and with the recommendation of the Minister of Strategy and Finance, the president appointed Lee. But I found Lee’s personal history to be a bit suspicious. Lee went to Jeonju High School, where Kim, who worked for President Moon Jae-in’s campaign and took office in November 2017, also went. Upon graduating from Chonbuk National University with a law degree, he worked for Jeonju KBS as the news chief. It is not known whether he is knowledgeable in the inspection field, but his career experience does not make him qualified to oversee the NPS’ financial accounting and fund operation. The NPS’ public relations department said that the pensions service had not been informed of the relevant experience of their appointees.

In February 2017, the NPS moved to Jeonju together with its fund operation headquarters. But it is not an organization that can casually offer jobs to prominent locals. It is the third largest pension fund in the world, with 600 trillion won ($563.3 billion), and the role of the inspector is crucial to make sure that pension is paid securely to its 5 million recipients. The appointment is clearly dubious, as Lee has little professional knowledge of the field and he and the NPS head went to the same high school.

It could have been a coincidence, but I find it very suspicious that the one-line press release came on a Friday afternoon that was flooded with major news stories.