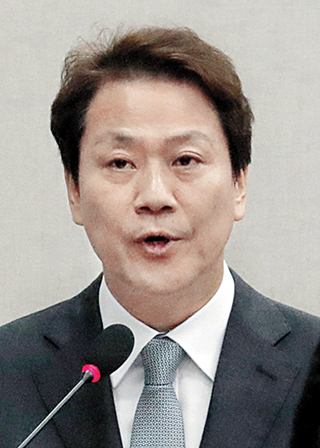 Presidential Chief of Staff Im Jong-seok will head a preparatory committee for the summit between President Moon Jae-in and North Korean leader Kim Jong-un, presidential spokesman Kim Eui-kyeom said Thursday. The two leaders are scheduled to meet at the Peace House on the southern side of Panmunjom in late April.

The preparatory committee will have three divisions on agenda-setting, communications and operational support.

Vice Unification Minister Chun Hae-sung will head the division on developing the agenda and the strategy for the summit, and Yoon Young-chan, senior presidential secretary for public affairs, will head the communications and public affairs division. The operational support division, tasked for situational management, will be headed by Kim Sang-gyun, the NIS’s second deputy director.

The entire committee will meet once a week or every two weeks, and their first meeting will take place on Friday at the Blue House. The divisions will meet three or four times a week.

“The committee is designed to systemically and efficiently push things forward,” Kim said. “Compared to the preparatory committee for the 2007 inter-Korean summit, it is a streamlined organization for quick reactions.”

Most of the members of the preparatory committee are top officials handling national security issues, indicating that the inter-Korean summit will likely focus on the denuclearization of North Korea, ahead of the North-U.S. summit in May.

No top economic officials are participating in the committee, including Deputy Economic Prime Minister Kim Dong-yeon, which is a departure from the preparation teams for the 2000 and 2007 summits.

“In the past, we discussed various topics, but this time, we will focus on the substantial issue,” a senior presidential official said. “We took out economic issues. It is premature to discuss inter-Korean economic cooperation.”

A senior presidential official already said Wednesday that the government wants to find a kind of grand deal to accomplish the North’s denuclearization and signing of a peace treaty. “Until now, the dialogues were gradual processes, but I don’t see us going that way now,” he said. “Instead of disentangling the complicated intertwined knots one by one, it can use the method of cutting the Gordian Knot.”

The remark hints that Seoul wants a simultaneous settlement of all security issues, including denuclearization, a peace treaty and regime security for the North. That is a different approach from the previous idea that the North’s denuclearization must come first before guaranteeing its security.

Moon made public his approach when he visited the United States last June. “The most idealistic way is a ‘one-shot’ deal when the North’s complete nuclear dismantlement and a peace regime on the Korean Peninsula are achieved simultaneously,” he said at the time.

“It is Moon’s idea to sign a peace treaty, participated in by not only the two Koreas but also other concerned countries including the United States and China to establish a permanent peace on the peninsula,” a Foreign Ministry official said.

South Korea also wrapped up its diplomacy to brief its neighbors about the latest developments between the two Koreas and between the North and the United States.

National Security Office Chief Chung visited China and Russia and NIS Chief Suh visited Japan earlier this week, after their meeting with North Korean leader Kim in Pyongyang on March 5 to agree on the inter-Korean summit. They met with U.S. President Donald Trump last week and won his acceptance of Kim’s invitation for the first-ever North-U.S. summit.

On Thursday, Moon was briefed by Chung and Suh about their meetings with leaders of China, Russia and Japan. Chung met with Chinese President Xi Jinping and Suh met with Japanese Prime Minister Shinzo Abe, but Russian President Vladimir Putin did not meet with Chung due to the upcoming presidential election. Chung instead met with Russian Foreign Minister Sergey Lavrov.

Chung and Suh briefed Moon about their trips for about 50 minutes starting at 11 a.m., a senior presidential official said. “We must work hard to win the international community’s support, in addition to our neighbors’,” Moon was quoted as saying during the meeting. “The inter-Korean summit and the North-U.S. summit are taking place consecutively, so we must make full preparations.”