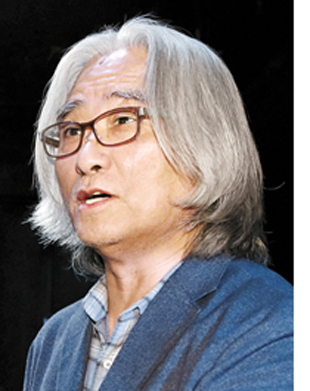 Police announced they are summoning on Saturday prominent playwright Lee Youn-taek, who is accused of raping and sexually harassing members of his theater group for decades.

Police began an investigation of Lee after 16 actresses filed criminal complaints on Feb. 28 saying Lee raped and sexually harassed them from 1999 to 2016.

The accusations first surfaced online on Feb. 14 and on Feb. 19, Lee issued an apology and his Street Theatre Troupe was disbanded. He apologized for what he called a “misdeed that has been habitually performed over the last 18 years.”

The Ministry of Justice banned Lee from leaving the country since March 5 upon the request from police.

Authorities on Sunday raided Lee’s house and the headquarters of his theater group and confiscated Lee’s cellphone and other possessions. Police as of last week had questioned 10 alleged victims.

The questioning on Saturday will focus on whether Lee abused his power as director of the theater group to sexually assault and harass group members.

“Although some statutes of limitations on Lee’s alleged sexual misconduct may have passed, his actions, if he is found guilty, are still punishable legally,” said Lee Ju-min, commissioner of the Seoul Metropolitan Police Agency in a press conference on March 5.

The actresses who came forward with the accusations said Lee sexually assaulted them years ago.

“This happened more than 10 years ago,” wrote Kim Su-hee, head of a Seoul-based theater group, on her Facebook account on Feb. 14. “I got a call from the director. He told me his room number and told me to come over to massage him … I couldn’t refuse the call, he was the king of the world that I was part of at the time.

“I opened the door to the room and went inside. He asked me to massage him … Then after a while he pulled down his pants and put my hand near his genitals and told me to massage around it. I pulled my hand back and said, ‘I can’t do this.’ I ran out of the room,” she wrote.

“I read an article today that said he sexually harassed a woman … and decided to write this.”

“I couldn’t sleep since the accusations against Lee came out a few days ago,” wrote theater actress Kim Ji-hyun on her Facebook account on Feb. 19. “I was part of the Street Theatre Troupe from 2003 to 2010.

“When I had to massage him alone, I got raped. Then I got pregnant in 2005. I told my closest supervisor in the group about it and got an abortion. Lee found out about it and handed me some 2 million won and said he’s sorry,” Kim wrote.

“Then Lee didn’t touch me for a while but he started raping me again. He said I am his woman because I once bore his child … I left the group quietly. I was diagnosed with panic disorder and am still receiving treatment for it.”

As of Thursday, over 206,000 people signed an online petition for the Blue House requesting authorities to closely investigate Lee.