TVXQ to return with new album on March 28

TVXQ to return with new album on March 28 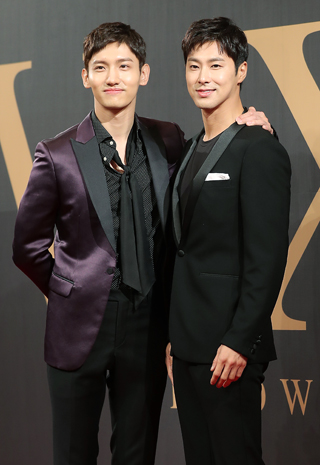 K-pop duo TVXQ will return with a new album on March 28 according to their agency SM Entertainment on Friday.

This will be their first album from the duo since they finished their military service.

The singers enlisted back in 2015 and were discharged last year. In South Korea, all able-bodied men are legally obligated to complete a military service term of around two years.

The leader of the group, Jung Yun-ho, right, was discharged in April, and Choi Chang-min ended his military duty in August.

After they returned, they jumped right into work, putting out solo songs through SM Station, a digital music project by the entertainment company, and appearing on the KBS2 late-night talk show “Happy Together.”

Now, TVXQ is back in the music scene to promote their eighth full-length album, which will be released through music streaming services like Melon, Genie and Naver Music.