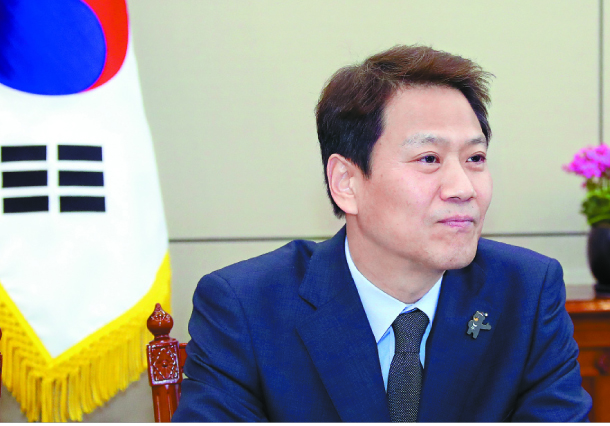 South Korea will propose a senior-level dialogue with North Korea at the end of this month to prepare for the inter-Korean summit in April, the Blue House said Friday.

The Moon Jae-in administration’s preparatory committee for the summit between Moon and North Korean leader Kim Jong-un held its first meeting Friday and made several decisions. Presidential Chief of Staff Im Jong-seok, head of the committee, briefed reporters after the meeting and described the senior-level talk plan.

According to Im, Unification Minister Cho Myoung-gyon will be the chief negotiator. “We will make the official proposal right away,” Im said.

Im said the committee members, who are top foreign affairs and national security officials from the government, agreed that the upcoming summit should serve as a turning point to find a fundamental resolution for peace on the Korean Peninsula.

“To this end, we decided to concentrate on an agenda concerning denuclearization of the Korean Peninsula, permanent establishment of peace including plans to drastically reduce military tensions, and a new and bold advancement of inter-Korean relations,” Im said.”

The two Koreas agreed earlier this month to hold an inter-Korean summit, the third of its kind, on the southern side of Panmunjom. They also agreed to establish a hotline between Moon and Kim.

Im said the upcoming summit will likely be a single day event, since it is taking place in Panmunjom. Asked if the two Koreas will hold routine summits from now on, Im said it is a possibility.

“Holding a summit in Panmunjom is far more efficient in terms of everything including security details than visiting the North or inviting the North Korean leader to the South,” Im said. “If it becomes an established practice, I think it will be great.”

Im also said Seoul is hopeful that Moon can meet with U.S. President Donald Trump after the inter-Korean summit and before the planned North-U.S. summit. Trump has accepted Kim’s invitation for talks and agreed to meet with him by May.

“We do not know when the North-U.S. summit will take place,” Im said, “but if there is a period in between the two summits, I think it is desirable to hold a Moon-Trump summit during the period to address core issues.”

He said the South did not inform the North about top security officials’ recent visits to the United States, China, Japan and Russia to discuss the latest developments. “Because there are many reports and evaluations, the North is probably having its own analysis,” Im said.

According to Im, the preparatory committee decided to push forward a South Korean performance troupe and Taekwondo demonstration team’s visit to the North to early April. The plan was agreed when Moon’s special envoys visited the North earlier this month.

The committee will also name up to 40 experts to an advisory group headed by former Unification Minister Lim Dong-won.