The benefits of community care

The benefits of community care 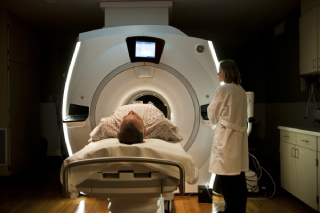 Professors at Dartmouth College are acutely aware of the problem of overdiagnosis. In a 2003 paper, Elliott Fisher argued that medical spending has grown due to overdiagnosis and overtreatment. In his book “Overdiagnosed: Making People Sick in Pursuit of Health,” which has been translated into Korean, Gilbert Welch, a pioneer in the field, argues that health care has worsened because of overdiagnosis.

Medical professionals around the world are beginning to reflect on the phenomenon of excess medical care. They formed the Preventing Overdiagnosis Conference in 2013. One year later, Welch presented a research paper on thyroid cancer diagnosis in Korea.

The Dartmouth professor argued that the “epidemic” of thyroid cancer in Korea was not due to environmental factors or pathogens but because of overdiagnosis. He advised that neglecting a clearly dangerous illness was different from overly screening for minor conditions. It coincides with the Hippocratic principle of “do no harm.” The best medical practice is not to provide unnecessary treatment.

However, Korea’s medical reality is going the other way. It is not just thyroid cancer but overall excess in medical screening and services. High-tech devices and equipment encourage overdiagnosis. Some say that illnesses don’t occur but are found. Senior citizens are trapped in a “medical paradise” and get overdiagnosed and overtreated.

The Ministry of Health and Welfare announced a plan to introduce a community care program that could be a good alternative. Senior citizens stay at home or in group homes instead of hospitals or nursing homes and receive care from the local community. The ministry plans to present a road map for the program in July and implement the program in stages.

Meticulous planning and infrastructure will be key to the program’s success. One in three Koreans aged 50 and over are worried that they are not fully prepared for life after retirement. Smooth implementation of the community care program will be able to provide a social alternative.