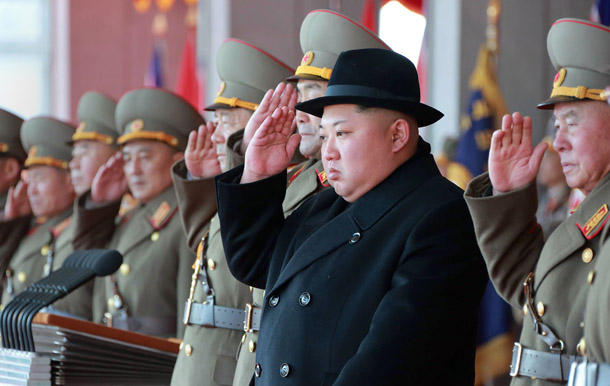 Idle speculation has become a favorite pastime of the chattering classes in both Washington and Seoul, pontificating on the dos and don’ts and will theys and won’t theys for the Moon-Kim and Trump-Kim summits. This is all beside the point. Absent from this interminable babble is consideration of two core questions that will make or break both summits.

First, the bottom-line question: Is Kim Jong-un having a “Deng Xiaoping moment?” In the face of tougher sanctions that are starting to disrupt his economy — and his ability to buy off the elite — has he concluded that with China supporting sanctions and Trump threatening military strikes, he must rethink his policy of byungjin, that the economic prosperity and nuclear weapons he has promised are not both possible?

The logic of Kim’s interior dialogue might be something like this: “I’m getting squeezed, byungjin is at risk. I’m 34, I want to be around for three or four more decades. I like basketball and single malt, and want to see a prosperous, high-tech, unified Korea, maybe a loose confederation that leaves me in place. Economic reform and communist authoritarian rule has worked in China and Vietnam, made them rich, and I can avoid their mistakes. I’ve played this regime in Seoul well and can continue to call the shots.

“But the price tag will be giving up all my WMDs. I think a big bang deal would jump start the economy like China’s reforms did. Then economic performance would be enough for legitimacy. I wouldn’t need nukes, especially if North and South move forward and the United States leaves the peninsula after a peace treaty and the North-South federation is established. They don’t know where all my nukes are anyway. I could hide away one or two that they would never find.

“But it may be worth it to try for both. I can propose a nuclear freeze at the North-South summit. Moon likes it as an ‘interim step’ toward denuclearization. But I can insist on UN sanctions being lifted as the price. Then the pressure will be off, we can be accepted as a normal state like Pakistan and I can find an excuse not to go beyond the freeze.

“If the United States opposes, I can gradually concede and raise the price for my nukes and ICBMs. We need energy help and cold cash quickly — 2 gigawatts in light-water reactors or maybe gas turbines, hydroelectricity from the Russian Far East, oil and gas pipelines that would build a Northeast Asian integrated energy scheme — and I would collect the rent. Like we did in 2005, I can demand normalization of relations with the United States and a peace regime with trilateral security guarantees from the U.S., Russia and China. That would reduce risk and open foreign investment. I could demand a $20 billion Korean reconstruction fund, put it under China’s Asia Infrastructure Investment Bank as part of its ‘Belt and Road’ initiative.”

The likelihood of a comprehensive solution requires Kim to make a leap of faith and embrace Chinese-type reforms. Otherwise, he will not have any incentive to bargain his nukes. But the second core question could undermine it, even if both sides cut a deal with the best of intentions. How do you verify any agreement? After secretly building a weapons program in the 1990s as a hedge against the United States reneging on the 1994 Agreed Framework — and after secretly building a nuclear facility in Syria — Pyongyang has little credibility. For Trump, it will be a variation of Reagan’s line to Gorbachev during the Cold War: distrust, but verify.

Normally upon reaching a deal, Pyongyang would need to make a declaration detailing its weapons programs to the International Atomic Energy Agency, which would monitor them 24/7 and conduct inspections. But even with the most intrusive anytime, anywhere, no-advance-notice inspections, will anyone have confidence that Kim has not squirreled away a nuke or delivery system in a place where we would be unlikely to find them?

All such deals are imperfect, so the United States must assume the North Koreans cheating. But how much cheating can we live with, and how will we know what we don’t know? At present, we have little evidence that Kim, in his mind, has made a strategic choice and is having a “Deng Xiaoping moment.” His behavior since his Jan. 1 speech and the Olympics has been unusually reasonable. The United States needs to test that proposition.

On the verification problem, there may be some viable formula that the United States can live with, but I’m not aware of one. Whoever answer these questions should get the Nobel Prize. All other issues are really small beer in comparison.

*The author is a senior fellow of the Brent Scowcroft Center for International Security at the Atlantic Council and its Foresight, Strategy and Risks Initiative. He served as a senior counselor to the undersecretary of state for global affairs from 2001 to 2004, as a member of the U.S. Department of State policy planning staff from 2004 to 2008 and on the National Intelligence Council Strategic Futures Group from 2008 to 2012.