Wanna One apologizes for remarks

Wanna One apologizes for remarks 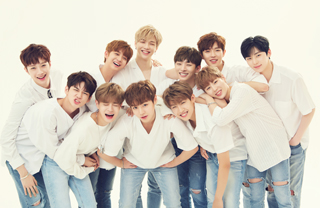 Boy group Wanna One has apologized to fans for making inappropriate remarks during a live web broadcast on Monday.

The boys were on Mnet’s “Star Live” to promote their new album “0+1=1 (I Promise You), which was released earlier that day. During the web broadcast, the members were unaware that they were live and spoke freely about random topics.

“Why aren’t we free?” asked Park Ji-hoon, while Kang Daniel asked, ”Why aren’t we being paid?” Park added, “Why are we only getting a 20 percent cut?”

One member talked about wanting fans to stop coming to their residence and another used vulgar words, saying, “I better curse now before we go live,” followed by a string of expletives.

Fans were disappointed and hurt by the members’ words and behavior and took to social media to criticize the group.

In response to the issue, the group apologized to the fans on their online fan page. “We apologize for showing a bad side of us and disappointing our fans during the live broadcast.”

The boy band was formed during the second season of the Mnet singing competition program “Produce 101.”