No deal is not an option

No deal is not an option 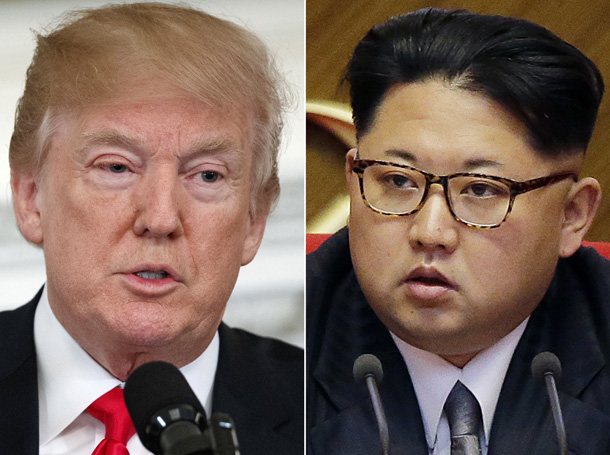 Robert Gallucci and Kang Sok-ju were the chief negotiators on the 1994 Agreed Framework in Geneva. When Gallucci proposed the idea of special inspections by the International Atomic Energy Agency (IAEA), Kang replied that they would be totally unfair.

Gallucci then said that just between them, they could at least agree on the term that inspections would be conducted by the IAEA if it deemed them necessary. After a long tit-for-tat, both diplomats were able to hammer out a framework that mandated special inspections of suspicious nuclear facilities in North Korea.

The agreement does not explicitly say “special inspection” conducted at the request of the IAEA. Instead, it says “all steps deemed necessary by the IAEA” will be taken through consultations.

Gallucci said that North Korea virtually accepted special inspections. But Kang claimed that special inspections were not mentioned. Gallucci called it a “creative compromise.” But many criticized it as deception. At any rate, it took over a year to reach the agreement.

During the negotiation, Kang gave Gallucci a present — ginseng tea, which Gallucci liked. Gallucci also knew what Kang liked and presented him with a big bottle of Tabasco sauce. He also gave Kang a copy of “Gone with the Wind,” which Kang has quoted from before. These steps were necessary to build a certain level of trust between the two career diplomats.

Gallucci could confidently say that a package deal is not possible in the U.S.-North summit scheduled to take place in May. He argues that a basic agreement can barely be reached even if Donald Trump and Kim Jong-un negotiate for over a week with veteran officials working on details in the next room. One or two days of meetings will not be enough. In fact, I am not sure if a long meeting is even possible considering Trump’s style of losing focus in conversations that last longer than five minutes.

Of course, there are experts with completely different views. J. Stapleton Roy, former U.S. ambassador to China, will always say that the “big deal” the United States made with China in the 1970s — establishing diplomatic ties — was possible not because of Secretary of State Henry Kissinger or Vice President Gerald Ford, but because of President Richard Nixon’s personal visit to Beijing.

Diplomacy is decided by the determination of heads of state. The proposed Trump-Kim summit is not a negotiation of giving and taking existing options but a meeting to open a completely new path. The Chinese writer Lu Xun once said, “There was never a road, but when many people walk on it, the road comes into existence.”

Still, miracles do not come out of nowhere. They are a product of desperation. The nuclear deal with Iran was an outcome of the country’s dire economic situation in which consumer prices rose by more than 50 percent due to economic sanctions by the United States and Barack Obama’s desperation to make an impressive diplomatic achievement during his eight years in the White House. U.S.-China ties were established out of Nixon’s desperation to restore America’s prestige in the aftermath of the Vietnam War. No deal was not an option. They had to make a deal, even a bad one.

Kim is still young and thinking about his future. Trump is desperate in the face of a special counsel investigation and possible impeachment. South Korea’s Moon Jae-in is desperate, too, because the Korean Peninsula could be headed toward crisis if he fails to facilitate a good deal between them.

No deal is not an option for them. We hope that their desperation will create a miracle in the dark — and that it can be a good deal.