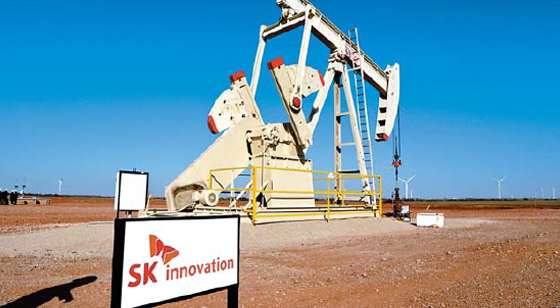 The acquisition will be made through the oil refiner’s wholly owned subsidiary SK E&P America. While the company expected the deal to close by the second quarter this year, it did not disclose the price.

A day before, SK Innovation reported in a regulatory filing plans to invest roughly 485.3 billion won ($451.3 million) in its U.S.-based subsidiary. The company said part of that investment would be spent on an acquisition. The investment will be used in its shale oil development business and leasing of land in the U.S.

Longfellow’s oil assets are located in the so-called Stack play of Oklahoma. Stack play, comprising Sooner Trend oil field, Anadarko Basin and Canadian and Kingfisher counties, is a group of hydrocarbon-rich spots in the western part of the state.

“SK initially invested in the growing U.S. oil and gas upstream market in 2014, and through this platform we continue to build a balanced portfolio of conventional and unconventional assets,” said Kim Tae-won, president of SK E&P America.

“This transaction leverages our operational expertise in the region and represents a significant step towards realizing SK’s vision of being a top-tier operator in the U.S. lower 48 and beyond.”

SK E&P America entered the U.S. market in March 2014 by acquiring oil and gas assets in Oklahoma and Texas.